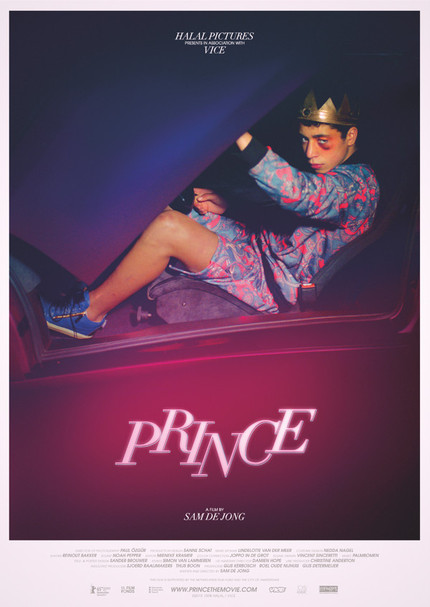 Sam de Jong's ultra stylish debut film, Prince, is a strange beast in a host of fascinating ways. A teen coming of age film as filtered through Harmony Korine's Spring Breakers, Prince has the distinction of being the only film Vice has ever been associated with selected to the children and youth section of a major festival - Berlin, in this case - and given Vice's general tendencies I imagine this will be the only time such a thing happens.

It's hot in the suburb where Ayoub and his sister are growing up. If you have money here, the odds are it came from some sort of hustle. The boys hang out on the street, chew pumpkin seeds and talk about motorbikes, Rolexes and how to kiss girls properly. Ayoub is in love with pretty Laura, but she's going with one of the really tough guys. If Ayoub wants to compete, he's going to have to think of something. And it's at that moment that the guy with the pastel purple Lamborghini shows up, a real psycho that everyone's always warned him about.

An utterly compelling debut that marks de Jong as a truly unique talent to watch, Prince is gearing up for release in its native Netherlands now, which means the first full theatrical trailer is upon us. There are no subtitles, unfortunately, but you really don't need them to understand the appeal. Check it out below!