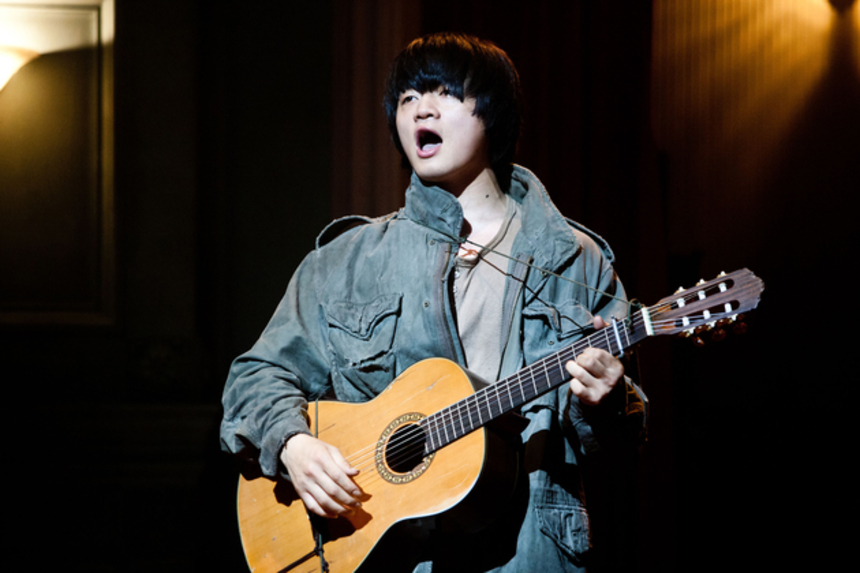 In the warm up to holidays, 1.81 million people visited theaters as a Korean film reclaimed the top of the charts. Local films were dominant with 62% of the market.

Taking the top spot over the weekend was C'est si bon, one of two major local films being released during the Lunar New Year period (the other is the new Detective K next week). The 60s music romance easily topped the charts with 533,677 viewers ($3.94 million) but its debut was far from impressive. However, this kind of release is designed for older crowds, who typically need word of mouth to kick in before making a move, so there's plenty of time for its fortunes to improve.

Down to third in its eighth weekend was megahit Ode to My Father, bringing in another 227,970 spectators ($1.66 million) to lift its total to a spectacular 13.12 million admissions ($92.88 million). On Saturday, the blockbuster melodrama crossed The Host (2006) to become second only to Roaring Currents in the all time rankings.

Opening in fourth place was the sci-fi Jupiter Ascending, from the Wachowski Brothers. The film debuted with 207,751 spectators ($1.67 million), which is more or less in line with their previous film, Cloud Atlas (2012). Both works feature local star Bae Doo-na.

In fifth place, Gangnam Blues suffered a sharp 63.5% fall in its third weekend. It drew an additional 145,920 ($1.12 million) viewers, which now puts it at 2.08 million admissions ($15.35 million) in total. Though underwhelming, the gangster pic's performance is far from a disaster and the presence of star Lee Min-ho will assure it has some life in other Asian markets.

Next week, the big release will be the period action-comedy sequel Detective K: Secret of the Lost Island, coming four years after the original hit. Though none are a threat for the top spot, a number of foreign releases will also be hitting screens ahead of the Lunar New Year, including Kingsmen: The Secret Service and The Seventh Son.

Do you feel this content is inappropriate or infringes upon your rights? Click here to report it, or see our DMCA policy.
Box officec'est si bongangnam blueskoreaode to my fathertop 10 chart강남 1970국제시장쎄시봉