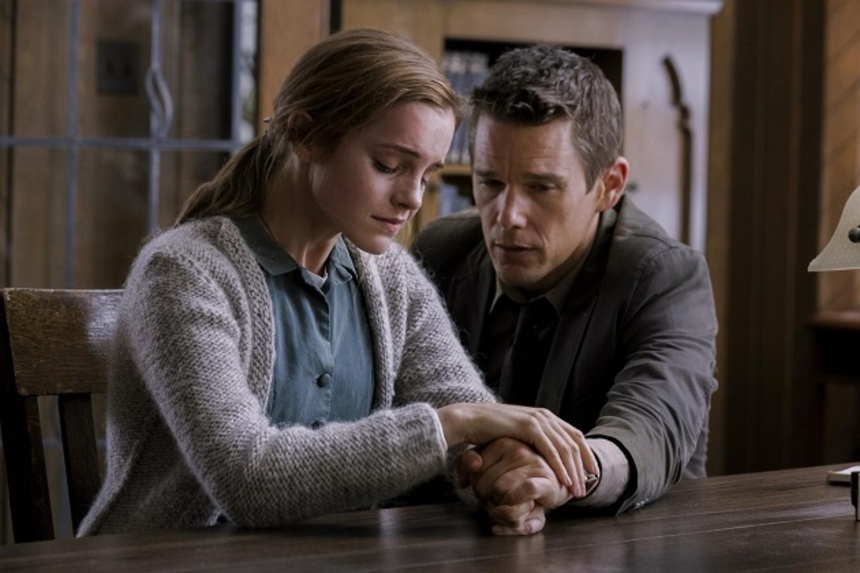 It's been six years since his decline-of-the-Roman-Empire film Agora, but Spanish director Alejandro Amenábar is finally back with a new feature, Regression, due out this summer. And it looks like after his forays into biopics (with the Oscar-winning The Sea Inside and historical epic, Amenábar is returning to his dark genre roots.

Set in Minnesota in 1990 (and filmed in and around Toronto), detective Bruce Kenner (Ethan Hawke) is investigating a strange case involving Angela (Emma Watson), who has accused her father of a terrible crime. When the father confesses his guilt, a renowned psychologist (David Thewlis) is brought in to assist.

The trailer is dubbed in Spanish, but the images give a fair amount of details as to the plot, which looks to contain a lot of the horror gothic and twists of mystery that made Amenábar's earlier films such as Open Your Eyes and The Others amazing. Considering the pedigree of the director and cast, no doubt it will have a wide release around the world.

Do you feel this content is inappropriate or infringes upon your rights? Click here to report it, or see our DMCA policy.
Alejandro AmenábarDavid ThewlisEmma WatsonEthan Hawke