Review: ODE TO MY FATHER Puts Blockbuster Spin On Melodrama 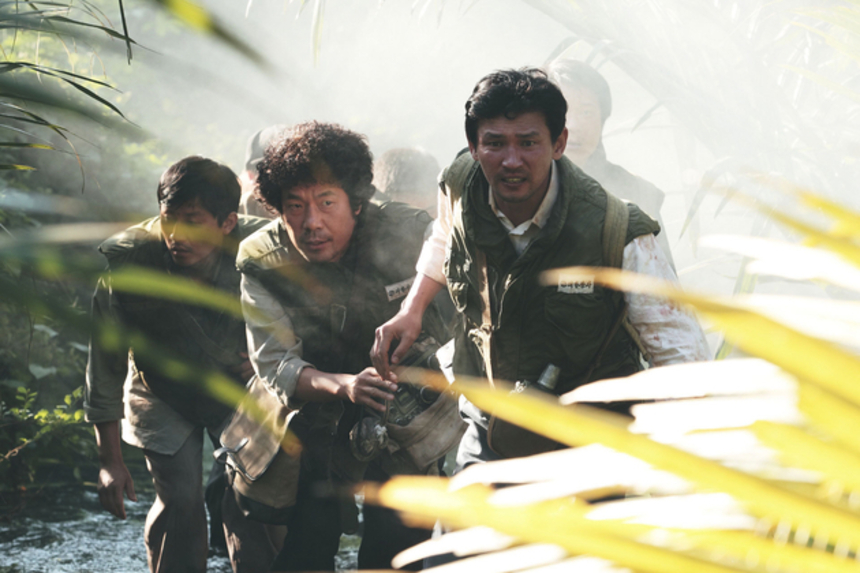 Family takes centre stage in Ode to My Father, a new Korean melodrama that is every bit as bombastic as this year's naval battle hit Roaring Currents. Directed by JK Youn (Youn Je-kyun), whose last film Haeundae sauntered over the 10 million admissions barrier in 2009, this new epic drama proves to be an expert balance of scale and intimacy that will surely find a huge audience at home.

Ode to My Father is the story of Deok-soo, a Busan man whose life encompasses significant landmarks in Korean and global history. As a young child he lost his sister during the Hungnam Evacuation of 1951, when thousands of refugees in what would become North Korea were transported south by US navy boats. In the 1960s, Deok-soo traveled to Europe with his friend Dal-goo (Oh Dal-su) as one of the Gastarbeiters (guest workers) who embarked on dangerous work in German mines. There, he falls in love with another Korean Gastarbeiter, the nurse Young-ja (Kim Yun-jin).

Back in Busan they begin a family but in the 1970s Deok-soo is once again drawn away as he leaves the Korean peninsula with Dal-goo in search of better opportunities, this time headed for wartime Vietnam. Throughout his ordeals and adventures around the globe, the constant presence in his life is his family and a store they run in Busan's international marketplace.

Beyond the Busan homeground, the three major settings in the film are only tenuously related to one another, yet each features grand set pieces, many of which would quite comfortably sit in a full scale war film. With Ode to My Father, Youn has crafted what could only be described as blockbuster melodrama. There is no overarching story, save for one Korean man's inextricable bond to his family, and the film wastes no time as it aims squarely at the heartstrings early and relentlessly, throwing us into one emotionally-charged spectacle after the other.

Alluding to the painful history shared by many Koreans, Deok-soo goes through enormous hardships during his life with his dogged resilience and unrelenting cheeriness. Bringing this genial character to the screen is Hwang Jung-min (New World) in an energetic and affable performance that carries the narrative through its decades-long odyssey. Among Korea's A-list stars, few have the versatility of Hwang, who brings the full range of his elastic-faced talents to bear in a multi-faceted role.

Lost alumn Kim Yunjin joins Hwang as his on screen wife but the real co-star in the film is Oh Dal-su as his life-long friend. One of Korea's most recognizable supporting stars, Oh provides substantial relief and shares great chemistry with Hwang, not unlike the camaraderie he has shared with Song Kang-ho in The Show Must Go On (2007) and last year's The Attorney.

Following his early forays into comedy such as My Boss, My Hero (2001) and Sex Is Zero (2002), Director Yoon switched gears in 2009 by going big with the tsunami melodrama Haeundae and turning producer for the big-budget action films Quick (2011), Sector 7 (2011) and The Spy: Undercover Operation. Returning to the director's chair, Yoon has honed his skill for blending large-scale spectacle and intimate drama for Ode to My Father, which makes up for what it lacks in narrative drive with raw emotional heft.

Featuring pristine widescreen lensing from Choi Yeong-hwan, who has previously shot around the world on projects such as The Thieves (2012) and The Berlin File, richly detailed production design from Oldboy (2003) veteran Ryu Seong-hie, in addition to its on point cast, Ode to My Father is an involving production that demonstrates just how effective Korean cinema can be even when it is at its most overtly commercial. That said, while it is sure to strike a chord domestically, the narrative's reliance on localized histrionics may make it a trickier proposition for overseas audiences.

Ode to My Father