James Marsh
Editor, Asia; Hong Kong, China (@Marshy00)
Tweet Post Submit
The only woman to win a Best Director Oscar, Kathryn Bigelow has built a formidable reputation for directing tough films about no-nonsense individuals in circumstances of incredible stress and danger. Winning her plaudits for The Hurt Locker - beating ex-husband James Cameron in the process - Bigelow is also responsible for such nerve-shredding, pulse-racing works as Blue Steel, Point Break and Zero Dark Thirty. Here, a select few of the ScreenAnarchy collective take a moment to explore the wider canon of Kathryn Bigelow and better-acquaint themselves with the filmmaker's impressive range and versatility. 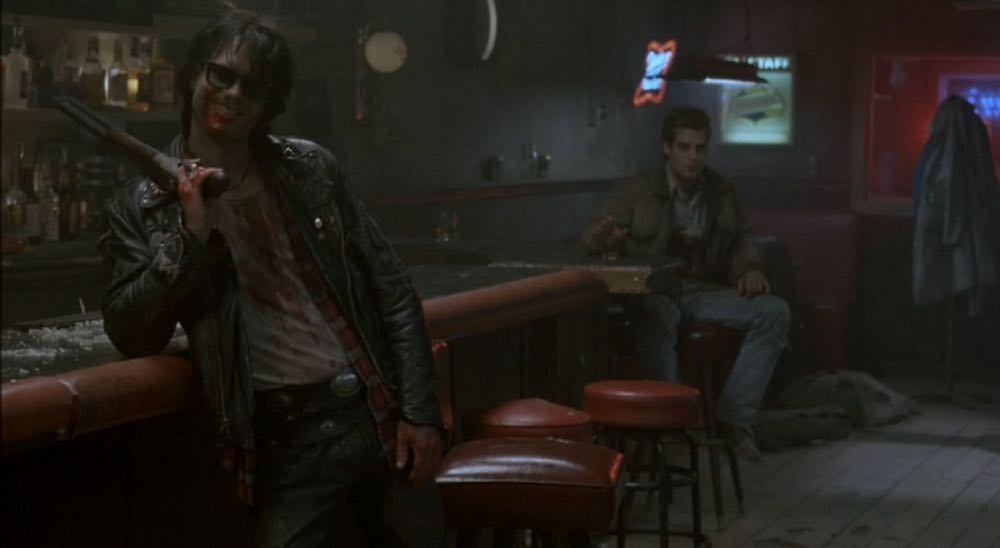 Near Dark (1987, USA) Ard Vijn - Contributing writer
Ever since it was first released I have wanted to see Near Dark. It never appeared in my local cinema though, and ironically when I went on holiday that summer, posters of it taunted me in most cities I visited as an "upcoming film". Grrrr.

Fast-forward twenty-five years, the last five of which I've actually owned the film on DVD. I've even used it twice already to get screencaps of Lance Henriksen and Bill Paxton. Quickly and with my brain on half-disconnect though, as I didn't want to spoil the movie for myself.

Now that I've finally seen it, I can add it to the list of "films I really, really like". It is a great example of what happens when you take a stupid little B-movie story and then proceed to carefully avoid all genre pitfalls. What remains has been dressed up with style, charisma (especially on the side of the villains), and great editing skills. It all makes Near Dark very easy on the eye, and the film is over before you know it.

One of the best films of the eighties? Not quite, but Kathryn Bigelow is remarkably adept at not having made it one of the worst ones. 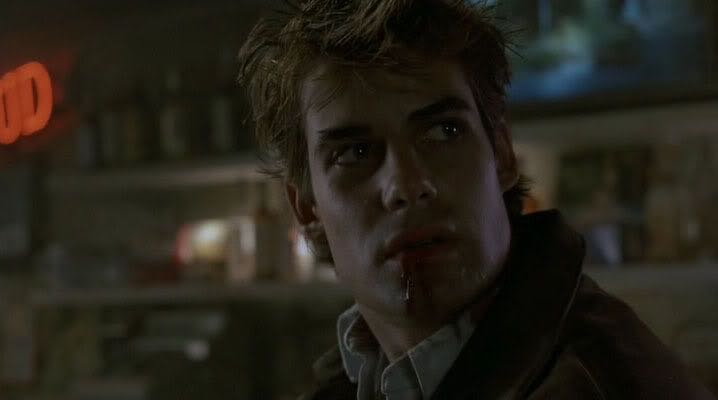 Near Dark (1987, USA) Jaime Grijalba - Contributing writer
Now, Bigelow is always an interesting director, but she has never managed to engage me beyond that. I certainly don't consider myself an expert on her, so I may end up being completely wrong once I delve deeper into her filmography, but Near Dark, just like Zero Dark Thirty and The Hurt Locker, doesn’t go beyond its premise in terms of becoming something transcendent beyond the time where it was made.

Now, Near Dark is still a really good movie, it manages to be one of the few decent horror action films of the late 80s while we were being bombarded by shitty sequels to established horror franchises (except for A Nightmare On Elm Street 3, that one was awesome). This film manages to get a creature that was somewhat forgotten, and has since had a major revival, and give it a cool attitude without being completely obnoxious or just overtly dated. Many have talked about the western tropes of this movie, but for me, besides the setting and some shots, this is more than anything a straight-up horror action film in the vein of From Dusk till Dawn, albeit coming nearly a decade earlier.

There is some really great acting, but in the end, besides the sequences and the whole shebang, I think the film lacks an emotion and momentum towards the revelations. It seems as if things just happen, when they should be given more importance.Conversely, less important events are given tense editing and framing, as if they were most important to the filmmaker, but they aren't to the audience, they exasperate to a degree, and I think this film could've done a better job of explaining how in hell you can cure yourself of being an immortal vampire without some huge physical consequences. 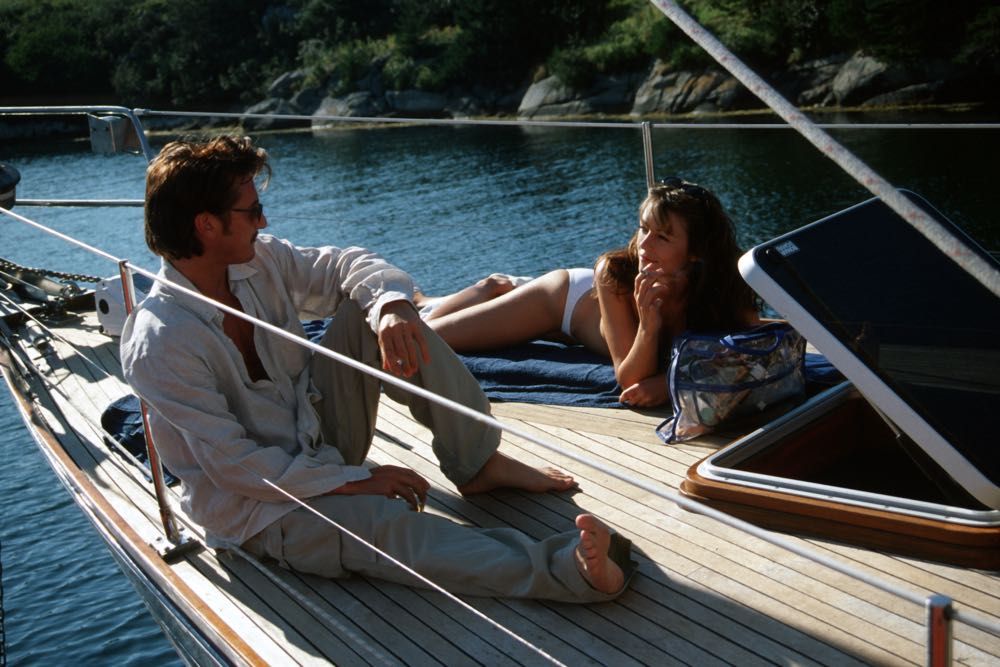 The Weight of Water (2000, USA) Shelagh M. Rowan-Legg - Contributing writer
The Weight of Water brings me down to just two movies left to see by Bigelow, and I’m not sure that I made the right choice (though it was partly due to access). I’m a big fan of Bigelow, especially Near Dark, Point Break and Strange Days, which give her more meat to work with. The Weight of Water isn’t a bad film, and in fact in the hands of another director might have been much weaker. The fault of the film really lies in the screenplay adaptation.

Based on a popular novel, there are two parallel stories: one in the present, about a woman investigating a 100-year-old murder, and the story of the murder. I’m guessing there were supposed to be some connections, and there are: family troubles, marital problems, sexual perversions, unexplained deaths. And it might be that these connections are stronger in the novel, but the film never really makes a solid case for it.

Bigelow tries, and the historical section is quite successful. I’ve never really enjoyed Sarah Polley as an actor, but Bigelow was able to make use of her usual expression of boredom and make the camera find the anger that lay beneath the character’s surface. And Ciaran Hinds is always a treat to watch. Bigelow doesn’t try to romanticize the historical setting in a BBC way, either negatively or positively; she presents it as the stark, lonely, though not entirely unbeautiful setting it was. She confronts the theme of female neglect and inner pain, especially with ignorant husbands, quite well. The murders are effectively staged and gruesome enough without going overboard.

The contemporary section had more well-known actors such as Sean Penn, and well, not sure one could call Elizabeth Hurley an actor, but she’s not given much to do beyond wear a bikini. It makes me wonder if Bigelow was hired for the film, as opposed to pursuing it herself. It’s a standard thriller, and has some good work, but it’s not Bigelow’s best. Still, she’s one of the best directors working in Hollywood today, and everyone’s allowed a few weaker films. I hope to watch the rest of her work soon.

K-19: The Widowmaker (2002, USA) James Marsh - Asian Editor
One of the most expensive independent films ever made in its day, the $100 million production was backed by National Geographic to accompany a documentary the TV channel was producing about the real 1961 incident upon which the film is based. Its story of the crew of the USSR’s first nuclear submarine, under the leadership of a new captain willing to push them right to the limit, has plenty of opportunity for tense stand-offs and clashing machismo that would appear to be right in Bigelow’s wheelhouse.

The performances are fine; Harrison Ford is particularly strong as the gruff Captain Vostrikov, assigned to command the mission in a last-minute political move. His push-pull relationship with Liam Neeson’s newly demoted Executive Officer Polenin provides the film with many of its tensest moments, as well as a ruptured nuclear reactor that sees many sailors, including a fresh-faced Peter Sarsgaard, suffer from life-threatening levels of radiation exposure.

The fact Hollywood actors are playing Russian characters who speak to each other in accented English is a necessary evil in productions like this, and the real crew were (eventually) quite satisfied with Bigelow’s retelling of their story. However, the film can’t help but feel a little rough around the edges, with the larger FX shots failing to adequately realise the manoeuvres of the sub, while the script chooses to focus on the personal dramas within the ship rather than fully detail the global implications of the events.

While K-19: The Widowmaker can boast perhaps the worst title of any submarine drama committed to film, it is unable to match the mighty heights of Wolfgang Peterson’s Das Boot, or even Tony Scott’s Crimson Tide for testosterone-fuelled claustrophobic thrills. However, Ford, Neeson and Bigelow are far from phoning in their efforts here, and there are some genuine moments of tension along the way, as well as poignant statements regarding patriotism, sacrifice and bureaucratic posturing at the height of the Cold War. 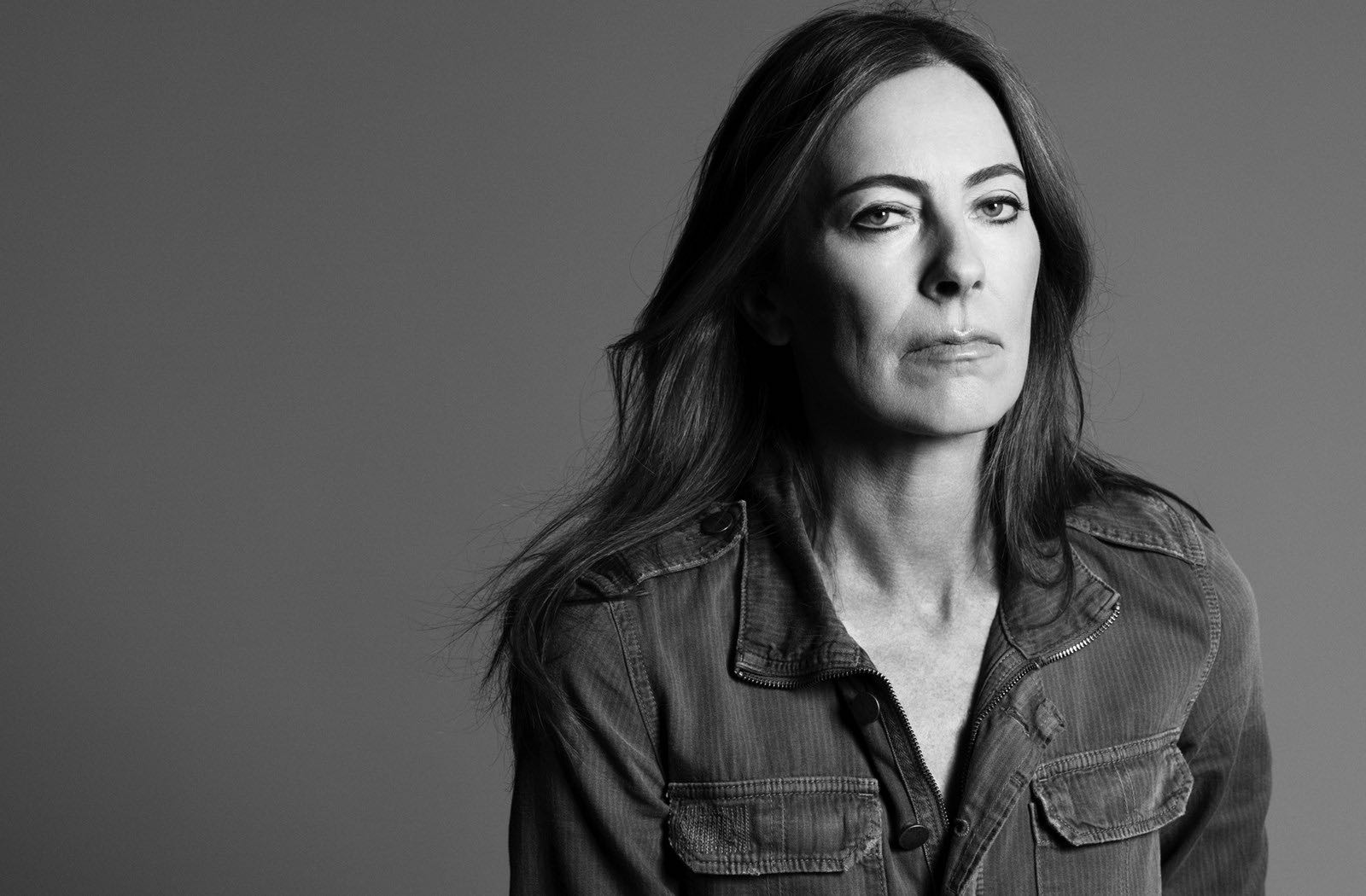 Do you feel this content is inappropriate or infringes upon your rights? Click here to report it, or see our DMCA policy.
Full DisclosureK-19: The WidowmakerKathryn BigelowNear DarkThe Weight of Water