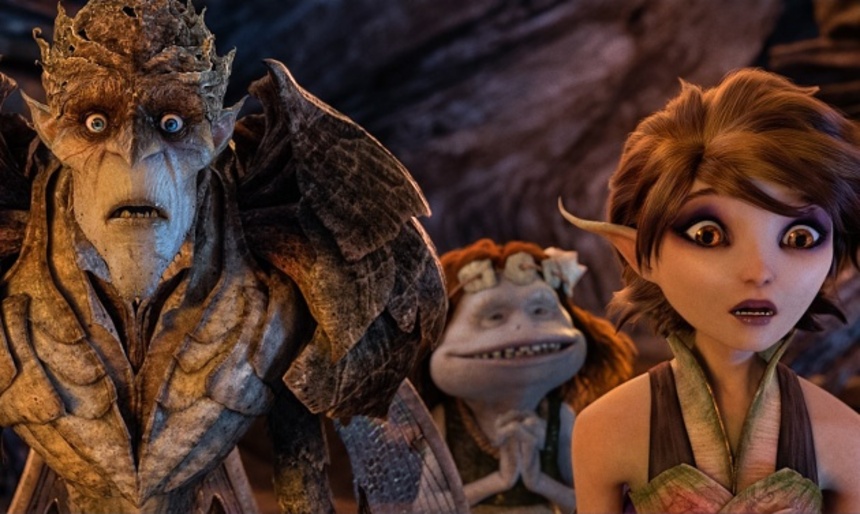 With Big Hero 6 currently in cinemas, Disney is raking in the dough as usual, and more is expected when Into The Woods will be released in December. But what's the House with the Mouse planning after that? A surprise, apparently.

Earlier today, Variety brought the news that Disney will be releasing a new computer-animated feature this coming January the 23rd: a fantasy film called Strange Magic, based on a story by George Lucas.

Given the rabid (anti)fanbase of Mr. Star Wars, the hardcore level of secrecy surrounding this project has been impressive to say the least. A January release means the film is basically finished already at this point, yet not a peep or screenshot had been revealed until today.

Those given to worrying about George's writing skills may feel relieved to know he didn't do the script: director Gary Rydstrom is responsible for that, together with David Berenbaum and Irene Mecchi. Gary Rydstrom is primarily known as one of Disney-Pixar's experts on sound, having worked on many of its classics. Interestingly, he is also attached as such to Star Wars: The Force Awakens. As a director he's probably best known for the Pixar shorts Lifted (awesome!) and Toy Story: Hawaiian Vacation.