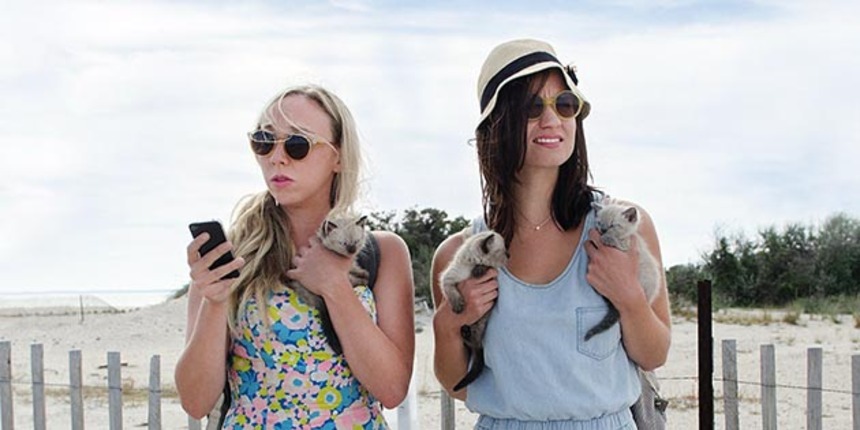 The hamlet of Wassaic, New York has long been a hub for the artist communities in the Hudson Valley. And for another year, the arts org known as the Wassaic Project is putting on its own film festival. This mini-fest runs August 1-3 as part of the broader Wassaic Project Summer Festival. A short train ride from the bustle of NYC, the Wassaic Fest gives city-dwellers a chance to escape and see some (free) flicks from some of the emerging voices in indie cinema.

Wassaic Project Director of Film Liliana Greenfield-Sanders had this to say:

We've created something I'm very proud to be a part of - an inclusive and free arts festival that's only a train ride away from NYC. We offer our audiences the unique opportunity to see films at a renovated cattle auction ring, enjoy emerging artist's exhibits in a seven-story mill and catch live music on our expansive fields in scenic Hudson Valley, NY. It's a real hidden gem. We're beyond thrilled to be screening three first feature films from four very clearly exciting new directors in indie cinema.

The fest will screen four features, one a secret midnight screening, and two shorts programs curated by the team at Shorts of the Week. Best of all, the fest is totally FREE. Here are the features playing at Wassaic:

Appropriate Behavior / U.S.A., United Kingdom (Desiree Akhavan) -- Shirin is struggling to become an ideal Persian daughter, a politically correct bisexual, and a hip, young Brooklynite, but fails miserably in her attempt at all identities. Being without a cliché to hold on to can be a lonely experience. Cast: Desiree Akhavan, Rebecca Henderson, Halley Feiffer, Scott Adsit, Anh Duong, Arian Moayed.

Fort Tilden / U.S.A (Sarah Violet-Bliss and Charles Rogers) -- Amidst quarter-life crises, Allie struggles to prepare for the Peace Corps, while Harper awaits checks from her father to fund her artistic dreams. But the two friends quickly shun responsibilities for the day and board their bikes and embark on a lengthy journey to the beach, they quickly realize that, akin to their confusing, transitioning lives, they neither know where they're going nor how they plan to get there. Cast: Bridey Elliott, Clare McNulty, Griffin Newman, Jeffrey Scaperrotta, Neil Casey, Alysia Reiner, Will Hines, Peter Vack, Max Jenkins, John Early

Zero Motivation / Israel (Talya Lavie) - A dark comedy about everyday life for a unit of young female Israeli soldiers. The human resources office at a remote desert base serves as the setting for this cast of characters, who bide their time pushing paper, battling for the top score in Minesweeper, and counting down the minutes until they can return to civilian life. Amidst their boredom and clashing personalities, issues of commitment--from friendship to love and country--are handled with humor and sharp-edged wit. Cast: Dana Ivgy, Nelly Tagar, Shani Klein, Heli Twito, Meytal Gal, Tamara Klingon, Yonit Tobi, Yuval Segal, Elad Scemama. In Hebrew with subtitles.

Do you feel this content is inappropriate or infringes upon your rights? Click here to report it, or see our DMCA policy.
ArtsFestivalsFort TildenNew York City