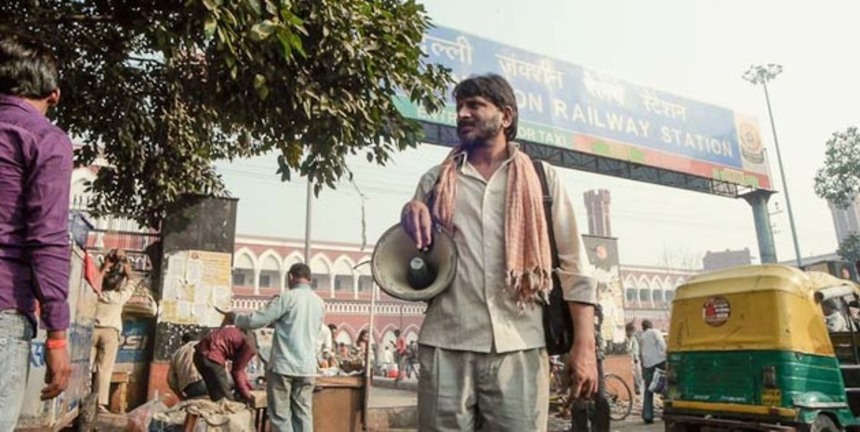 It is every parent's worst nightmare: You entrust your child to the care of another and when the allotted time for their return arrives, they simply do not. They're just gone and you're left not knowing where or how or if they will ever return or what you could have done differently.

And for Mahendra it is even worse. Being an uneducated, illiterate man barely scraping together enough for his family's daily needs as it is -- hence sending away his young son Siddharth to a factory operated by his brother-in-law's distant cousin to help support the family -- he has few resources to call upon, no allies in high places, cannot use a computer to conduct any research, cannot even take time away to search for his son without leaving his wife and remaining daughter hungry. And so he waits and hopes until he can do neither any longer and finally -- far too late -- sets off to try and find his missing child.

A compassionate and emotionally devastating picture, Siddharth paints a portrait of Mahendra and his family that refuses equally the lures of mawkish sentimentality, poverty tourism, political preaching, and emotionally hollow success. Instead, writer-director Richie Mehta opts for an emotional truthfulness that informs and disarms by simply presenting life as it is for many. Occupying virtually every frame of the film, Rajesh Tailang delivers a tour de force performance as Mahendra, a loving father who wants nothing more than to provide as he slowly realizes that he lacks even the most basic ability to do so for his missing son. Siddharth's loss is not the result of neglect or carelessness -- he loves his son deeply -- but an economic reality which requires that everyone who can contribute to the family does.

Beyond the acting -- which is stellar on all fronts -- Mehta's work derives its power from two main fronts.

First, there are the layers of nuance and detail, all of which ring true and authentic. From Siddharth's friends playing in the alley outside the family's one room apartment to the way Mahendra goes about his daily trade -- walking the streets with a megaphone calling out for anyone who has a zipper in need of fixing -- to the interaction with his fellow chain-wallahs and the gangster who controls who can and cannot work near the train station, to the simple way that all the adults in their circle hand their phones off to their youngest children -- the best educated of the lot -- whenever something needs doing because all of the adults are illiterate, to the curious phone etiquette that plays out between those not accustomed to using such technology on a daily basis, Mehta has the poised confidence to simply portray life as it is for Mehendra without calling undue attention. Everywhere you look you will find detail upon detail.

Second, there is the ring of truth to the story -- a ring of truth because the story is, in fact, true. Mehta's script is based on an actual encounter he had with an autorickshaw driver in Delhi, the driver asking him if he knew where a place called Dongri was. No, Mehta didn't, but why do you ask? Because my son is missing and I've heard he might be there. How long have you been asking people this? For a year, he says, but he hasn't been able to stop working to seek it out himself because if he did the rest of his family would not be able to support themselves and would very likely end up starving and homeless. On return to his hotel room, it took less than a minute to find Dongri -- yes, it is an actual place and the reason missing children would end up there are quite unsavory -- on Google but the number the driver had given Mehta to call was incorrect and so the message was never relayed and so the man's futile search continues.

Siddharth is based on a scenario that is tragic and horrible and made all the more so because it is true, and it is entirely to Mehta's credit that he has taken this tale and infused it with so much dignity, respect, and even beauty. This is a remarkable piece of work.

Review originally published during the Toronto International Film Festival in September 2013. The film opens at the Lincoln Plaza Cinema in New York on Friday, June 27. Visit the announcement page for more information. It will open at the Nuart in Los Angeles on July 11 and then elsewhere in the U.S. in the coming weeks.