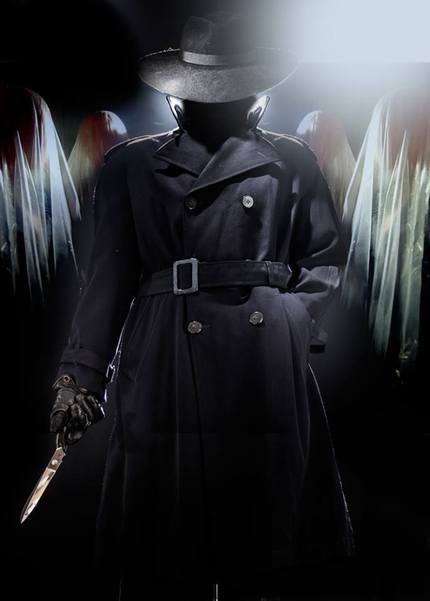 Of all the countries in Latin America it is Argentina which has most wholeheartedly embraced genre film in recent years, with a handful of talented young filmmakers driving a push towards horror film in that country that has since spilled out into surrounding areas while finding great success around the world in international festivals. And amongst that core group, Daniel De La Vega was one of the first - his filmography reaching back into the 1990s and boasting titled such as Jennifer's Shadow which found distribution around the globe and proved to the locals that you could actually do this.

Well, De La Vega is deep into post on his latest offering now and he's blazing new ground for local audiences once again with a giallo influenced 3D horror offering - one of very, very few 3D films made in Argentina - titled Necrophobia. And as an added perk here for fans of the genre De La Vega has enlisted Goblin's Claudio Simonetti to score the film.

The first trailer has just arrived and we have an English subtitled version for you below. Take a look!

Do you feel this content is inappropriate or infringes upon your rights? Click here to report it, or see our DMCA policy.
argentinaclaudio simonettidaniel de la vegagiallogoblinnecrofobianecrophobia