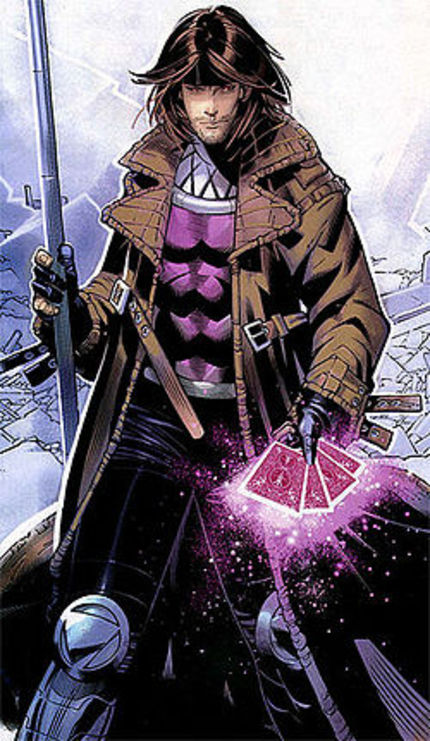 A surprise announcement was made on the red carpet of the London premier for X-Men: Days of Future Past when producer Lauren Shuler Donner was asked about future X-Men related projects, answering, "Deadpool, yes. X-Force is fascinating, we love X-Force, it allows us to be a little grittier and... Gambit". According to Total Film, Donner confirmed that it will be Channing Tatum stepping into the shoes of the card-throwing X-Man in a future spin-off.

Gambit has appeared just once before on the big screen, in the much maligned first solo outing for Hugh Jackman's mutant character, X-Men Origins: Wolverine. The Rajin' Cajun was played by Taylor Kitsch, who had some physical resemblance to the character, certainly more so than Tatum, but many fans felt his portrayal was wide of the mark.

Remy LeBeau, the mutant known as Gambit, is tall, lean and dark, whereas Tatum is, while suitably muscle bound for a superhero, much stockier. Physical differences aside, it's the personality traits that make Gambit such a fan favorite and unique amongst the X-Men. The character is a rogue, a charming ladies man, and something of an outsider. His red eyes and Cajun accent further set him apart, features which were missing in X-Men Origins and will be unlikely to make an appearance this time round.

Donner said of Tatum, "He's a rogue, he's a rascal, just like Remy LeBeau". Personally I just don't see those roguish, rascally qualities, and feel he lacks the air of mystery and danger that's needed for the part. Whereas Gambit is a loner, even within a group, Tatum comes across as more of a straight good-guy and all-out team player, as he played in the G.I. Joe films.

What do you think of Magic Mike playing the red-eyed mutant? Have your say below the line.
Tweet Post Submit