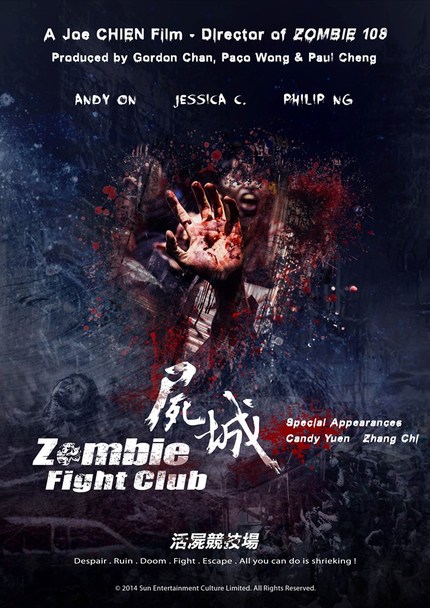 A memo to Andy On: It may be time to consider new management.

On takes the lead in Taiwanese director Joe Chien's sophomore film, Zombie Fight Club, which features (as you might expect) a zombie fight club. Somewhat surprising given how overwhelmingly bad Chien's previous Zombie 108 was, however, is that not only did they land Andy On for this but also Philip Ng, another bright rising talent when it comes to Hong Kong screen fighters who can actually act. Bluntly, On and Ng are both far better than this has any hope of being and the fact that both continue to do this sort of stuff is just baffling.

Anyway ... cops, slave traders, drug traffickers and an underground zombie fighting ring. It's super pulpy stuff with production values that actually look reasonably solid though it's hard to imagine how Chien can stretch this premise out to feature length given the complete lack of skill handling basics such as character and plot in his previous outings.

Take a look at the trailer below, which is good enough to include English subtitles.