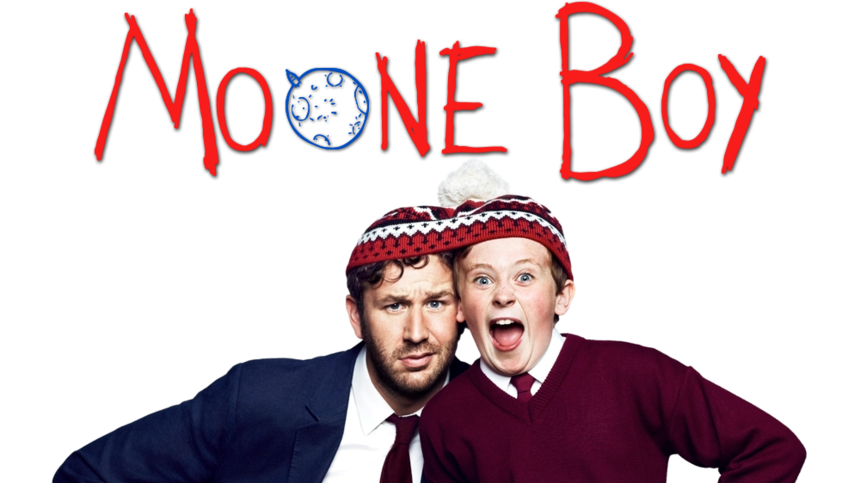 Chris O'Dowd's Moone Boy is the greatest single reason why US residents should subscribe to Hulu. Created by, co-written by, and starring O'Dowd - who also directed the as yet unaired third series - Moone Boy is a quasi autobiographical tale of a young boy growing up in small town Ireland with his imaginary friend. It's utterly charming and absolutely hilarious stuff and with two series already aired in Ireland - the second of which is due to hit Hulu at the end of the month - and a third already in the can O'Dowd and his writing partner Nick Vincent Murphy are addressing a very simple question:

What do you do with a show about a child and his imaginary friend when your young star is very obviously growing up?

Answer: Go out with a bang on the big screen. Says Murphy: "There are rumours of a film - isn't it exciting? I can confirm that. We feel that we want to end it in a big way and we are not sure how we want to do that. The boys are growing up so it's a series with a short shelf-life. So you can't have an imaginary friend forever, so this story is going to end and we're figuring out how to end it."

What he's not saying here, of course, is whether they'll try and squeak a fourth season in and then do the film or if the film is up next to follow the third series but one thing is clear: It's all coming to an end soon.

Do you feel this content is inappropriate or infringes upon your rights? Click here to report it, or see our DMCA policy.
Chris O'Dowdmoone boynick vincent murphyDavid RawleDeirdre O'KanePeter McDonaldComedy