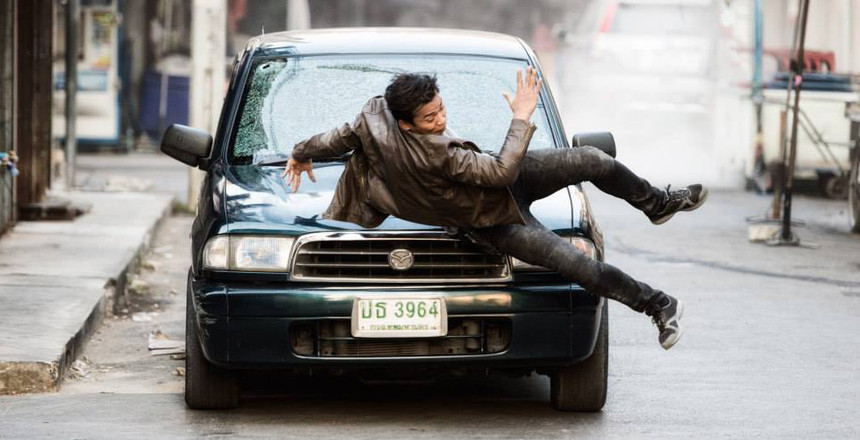 What difference does a director make? Rather a lot, really, and after years of toil with Ong Bak helmer Prachya Pinkaew Thai martial artist Tony Jaa has hooked up with Beautiful Boxer helmer Ekachai Uekrongtham and based on the production teaser posted to the film's Facebook page a few days back the step up in quality could be remarkable. Lest you think I'm being mean to Pinkaew here, do me this favor before complaining: Go rent his English language picture White Elephant. That is, of course, assuming you can find it which you probably can't because it's awful on a scale that it has been blotted from the minds and release schedules of most around the world. What has become clear with Pinkaew over the years is that while he can shoot one hell of a stunt reel he doesn't seem to give even the smallest of damns about character or plot development while Uekrongtham excels in both of those areas while also shooting some damn pretty pictures. And he knows a thing or two about shooting action as well.

The second film to pair Jaa with Dolph Lundgren - the first, A Man Will Rise, will likely never be completed or released due to Jaa's acrimonious split with backers Sahamongkol Film - Skin Trade revolves around a New York cop who tracks the killer of his family (Ron Perlman) back to Thailand where he teams with a local Bangkok cop (Jaa) to bring down the gangster and his human trafficking ring. Fight fans will be glad to see Michael Jai White also in the cast.

And, yes, as mentioned above, there is now a teaser which is really more of a production reel than any sort of proper teaser. Don't expect any sort of story, just a look at various scenes and settings, but even in this early, raw state it's already looking impressive. Check it below.

Do you feel this content is inappropriate or infringes upon your rights? Click here to report it, or see our DMCA policy.
dolph lundgrenmichael jai whiteskin tradetony jaatrailer