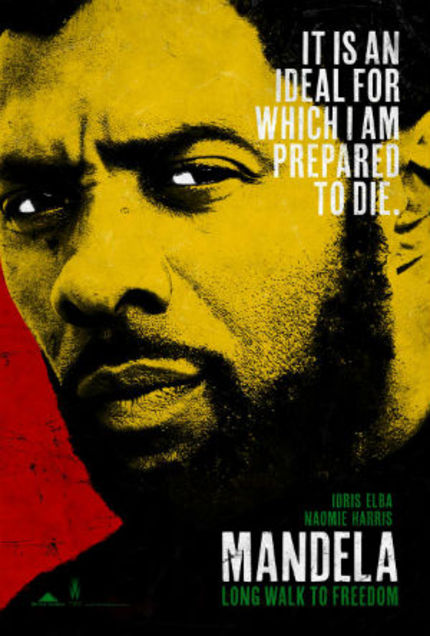 Idris Elba is a mighty fine actor, and he gives a very striking impersonation of Nelson Mandela in Mandela: Long Walk to Freedom. More's the pity, then, that the film, directed by Justin Chadwick, comes across as headlines dramatized from a Wikipedia page rather than an exploration of the many complex issues addressed by the inspirational civil rights leader. Nor does it paint a detailed portrait of an influential man's personal or political life.

Instead, in its insistence on stuffing decades worth of life into 139 minutes, the film races through the highlights, stopping on what it considers important events, poking its head around like a hungry cat in search of tasty morsels, and then, to mix figures of speech, hitting the "chapter skip" button to arrive at the next historically-significant moment.

After a tone-setting prologue, lovely and vague, Mandela is introduced as an attorney who enjoys dancing and flirting more than fighting the system. It's a lively, swinging segment that perked my anticipation that this might be a bio-pic that went beyond 'the official story' in order to portray the vital spirit of a young man and provide some insight into how and why he became an activist.

Those hopes were quickly dashed, however, about as quickly as Mandela is converted to the cause and becomes an important activist leader. Individual moments are sometimes depicted with power and poignance, but the individual episodes are stranded amidst the constant scene-setting, so that the narrative threads are never pulled together in a satisfying manner.

We get glimpses of a life, but no understanding of what made it special and distinctive, or why Mandela himself stood out for his actions, as opposed to, say, the other men and women who suffered harshly for their self-sacrificing conduct. Little time is granted to make sense of what is taking place or draw conclusions that are more complex than 'oh, that's terrible!' There's too much ground to cover, and thoughtful reflection is not prized. 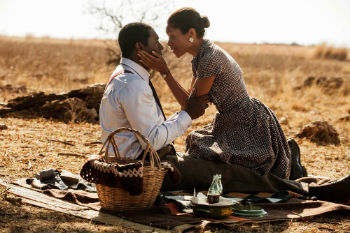 Chadwick, a veteran television director, made the feature The First Grader, also based on a true story, in 2010. When I saw it, I noted: "There remains a stubborn, schematic nature to the narrative. The point of view shifts from [one main character to another] and back again, which consistently defuses the emotional tension that builds up ... So even though the film ends up with a satisfying climax, it feels more like a foregone conclusion than a hard-earned victory." Quite surprisingly to me, the same can be said of Mandela: Long Walk to Freedom.

The film is based on Mandela's autobiography, with the screenplay credited to William Nicholson, a writer who has always aimed for the high ground. Mandela: Long Walk to Freedom is sturdy, respectable, and all too conventional. It elicits a degree of empathy for the millions who suffered for so many years, but it doesn't go deep enough or far enough to stir greater emotions. That being said, the performances by Elba, and Naomie Harris as Winnie Mandela, are praiseworthy and lend the film what vitality it has.

Mandela: Long Walk to Freedom is now playing in limited engagements in the U.S., and will open wide on Wednesday, December 25. It will also open in limited release in Canada. Check local listings for theaters and showtimes. Visit the official site for more information.

Do you feel this content is inappropriate or infringes upon your rights? Click here to report it, or see our DMCA policy.
Idris ElbaJustin ChadwickNelson MandelaNoemi HarrisWinnie Mandela