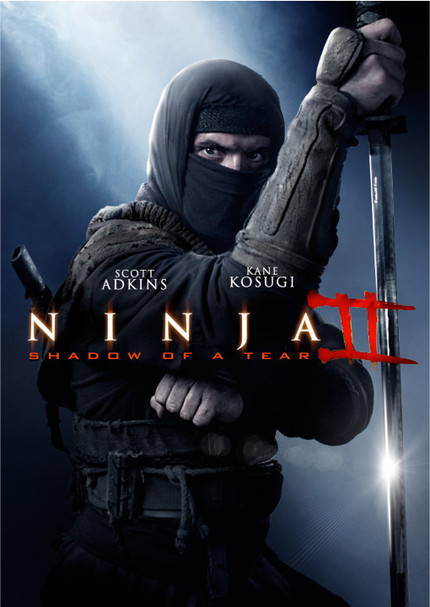 Action star Scott Adkins and director Isaac Florentine reunite with the upcoming Ninja 2: Shadow Of A Tear and the results are, typically, fantastic. Florentine and Adkins are jointly responsible for a handful of the finest American martial arts films released in the last decade and when Ninja 2 had its world premiere at this year's Fantastic Fest it very nearly tore the roof off the place. In terms of the current roster of international screen fighters Adkins is very clearly in the top handful while Florentine simply stages and shoots action as well as anyone in the business. Don't believe me? Check out the new trailer for the film below.

Fight everyone and trust no one: it's the code of survival practiced by martial arts master Casey Bowman (Scott Adkins) after his life of domestic bliss is shattered by a savage act of violence. With the help of his friend Nakabara (Kane Kosugi), the fearless American retrains his responses and elevates his battle skills to seek justice for his wife's murder. Casey stealthily tracks the man responsible on his mission of vengeance, but just when he has his prey cornered, an unexpected twist forces him to see even those closest to him as enemies. In the ultimate confrontation, Casey must reflect on his teachings to become an invisible warrior worthy of the title Ninja.