Sitges 2013 Review: PEOPLE IN PLACES Is An Experimental Charmer 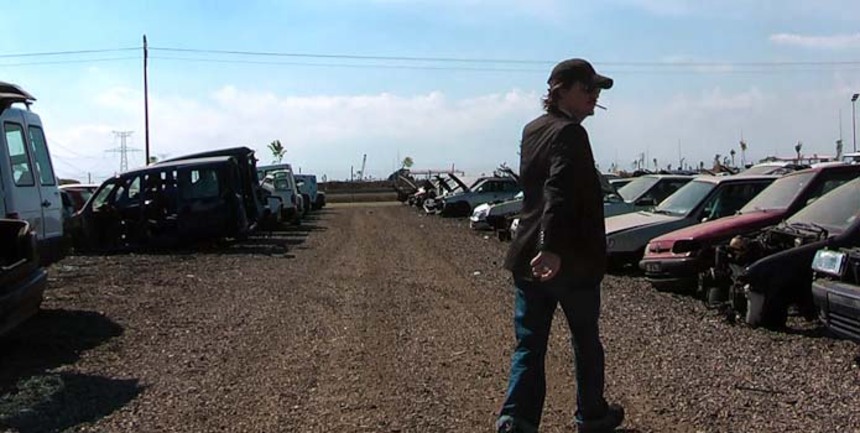 Gente en sitios (People In Places) is the latest movie from Spanish director Juan Cavestany. Cavestany has an extensive background in both cinema and theatre as director and writer, but remains mostly unknown to the general public even in his home country. Most of his previous film efforts were completely self-funded, and Cavestany himself was in charge of writing, directing and distributing them. Gente en sitios has certainly raised a few heads here in Sitges, but given its peculiar nature, its chances of reaching a bigger audience or the commercial circuit remain pretty slim.

The film doesn't follow any specific plot but is more of a collection of sketches and episodes that revolve around everyday situations and human nature, mostly from a surreal and comical point of view. Often playing with some Spanish stereotypes, Cavestany presents a myriad of situations where you never know what to expect. A man who has forgotten how to walk. A waiter who seems to take forever to write the order. A woman who decides to change her face to try to gain some attention from her husband. These are just some examples of things to expect here.

For this movie Cavestany has worked with a huge array of Spanish actors, ranging from more familiar faces such as Ernesto Alterio, Carlos Areces, Maribel Verdú or Santiago Segura to relatively unknown actors from the independent circuit. Gente en sitios presents a really impressive who's who of Spanish actors. Consistent with its low-cost approach, most of the movie scenes were shot in a kind of mockumentary style, giving the performers plenty of room to experiment and improvise. It's quite a feat that some of the performances come across as pretty natural given the surrealism of the situations.

Unfortunately, the lack of an specific plot or a more lineal continuity sometimes plays against the film. There are some truly wonderful sketches, but its only natural that some are not so good and may play against the overall experience. It's only a minor flaw though, as given its short nature they never drag for too long, and Gente en sitios really hits more than it misses. Most of the time they certainly deliver as a comedic gold while also throwing in some food for thought.

Keeping all this in mind, it's a pretty clear that this movie is not for everyone. But if you're interested by its premise, I really encourage you to give it a chance because it's prey clear that Juan Cavestany really has a lot of interesting things to say.