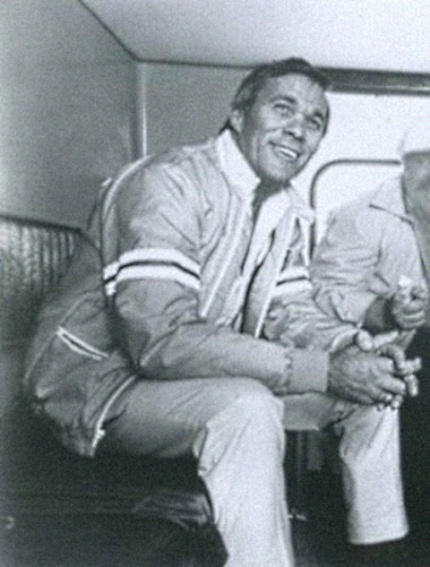 Quite possibly the most famous all-round stunt man ever in the history of Hollywood, Hal Needham had a decades long career as a stunt double (and later stunt-coordinator) in the 50s, 60 and 70s. In 1976 he decided to have some fun and direct his friend Burt Reynolds in Smokey and the Bandit, based on an idea they had both developed. It was a huge financial success and the stunt-based comedy made car stunts almost a genre in itself.

Not one to shy away from a successful formula, Hal Needham made a number of similar films like Hooper and The Cannonball Run, and a bunch of sequels.
Known and revered within the industry for his technological know-how, he was responsible for many innovations still used today, from special cameras to using rockets to get cars to go faster to an (un)safe speed.

Last November he received an honorary Oscar for his lifetime achievements. Hal Needham will be missed, another Hollywood legend from my youth gone.
Tweet Post Submit