After DEAD SHADOWS, Check The Concept Art For David Cholewa's THE DARK ZONE And BLACK GATE

Todd Brown
Founder and Editor; Toronto, Canada (@AnarchistTodd)
Sign-In to Vote
Tweet 0 Submit
Director David Cholewa is something of an anomaly within the French film industry, an outsider who has chosen to work away from the big studios and established companies and instead set up his own production label to handle his own projects for the simple reason that he loves above all else the sort of unapologetic genre fare that the French mainstream tends to turn its nose at. Cholewa's Dead Shadows proved a modest success and so he's now hard at work on a pair of other projects, one of which is written by iconic cult figure Richard Stanley. Check the artwork and details on both below. 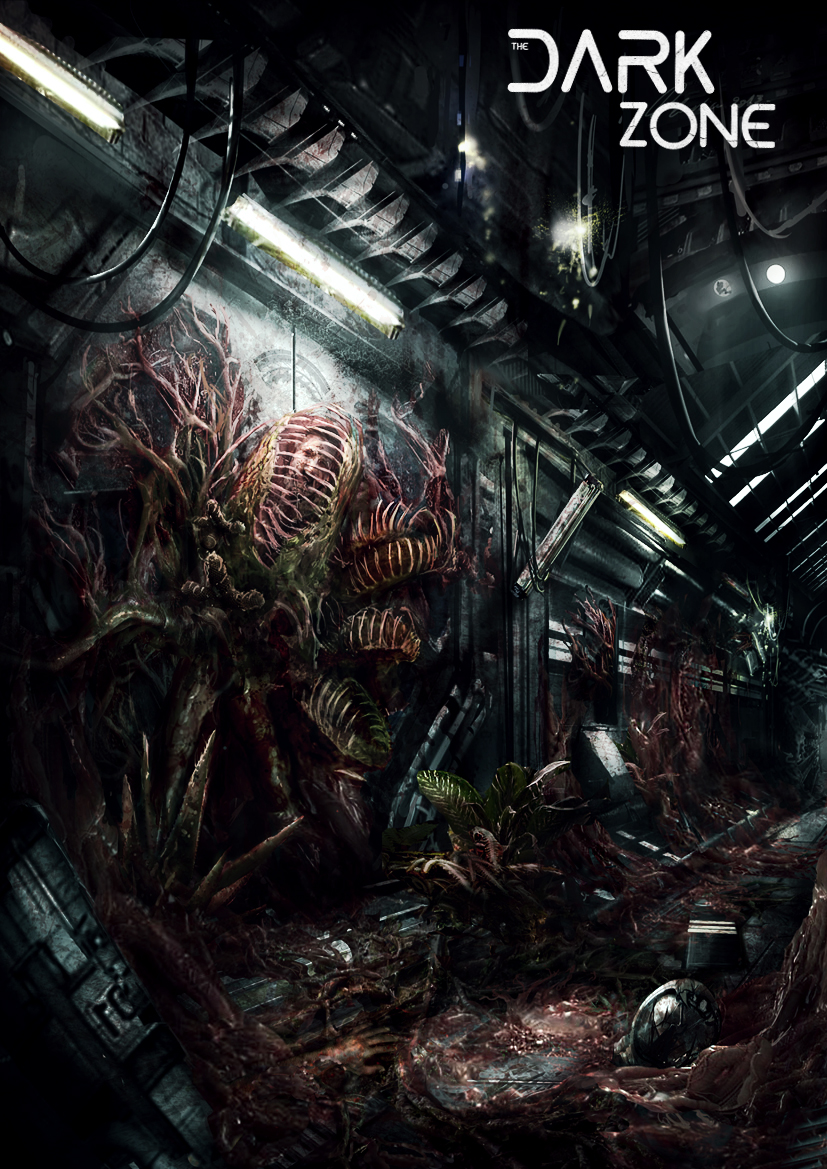 Concept art for scifi-horror picture The Dark Zone. Synopsis follows with next image. 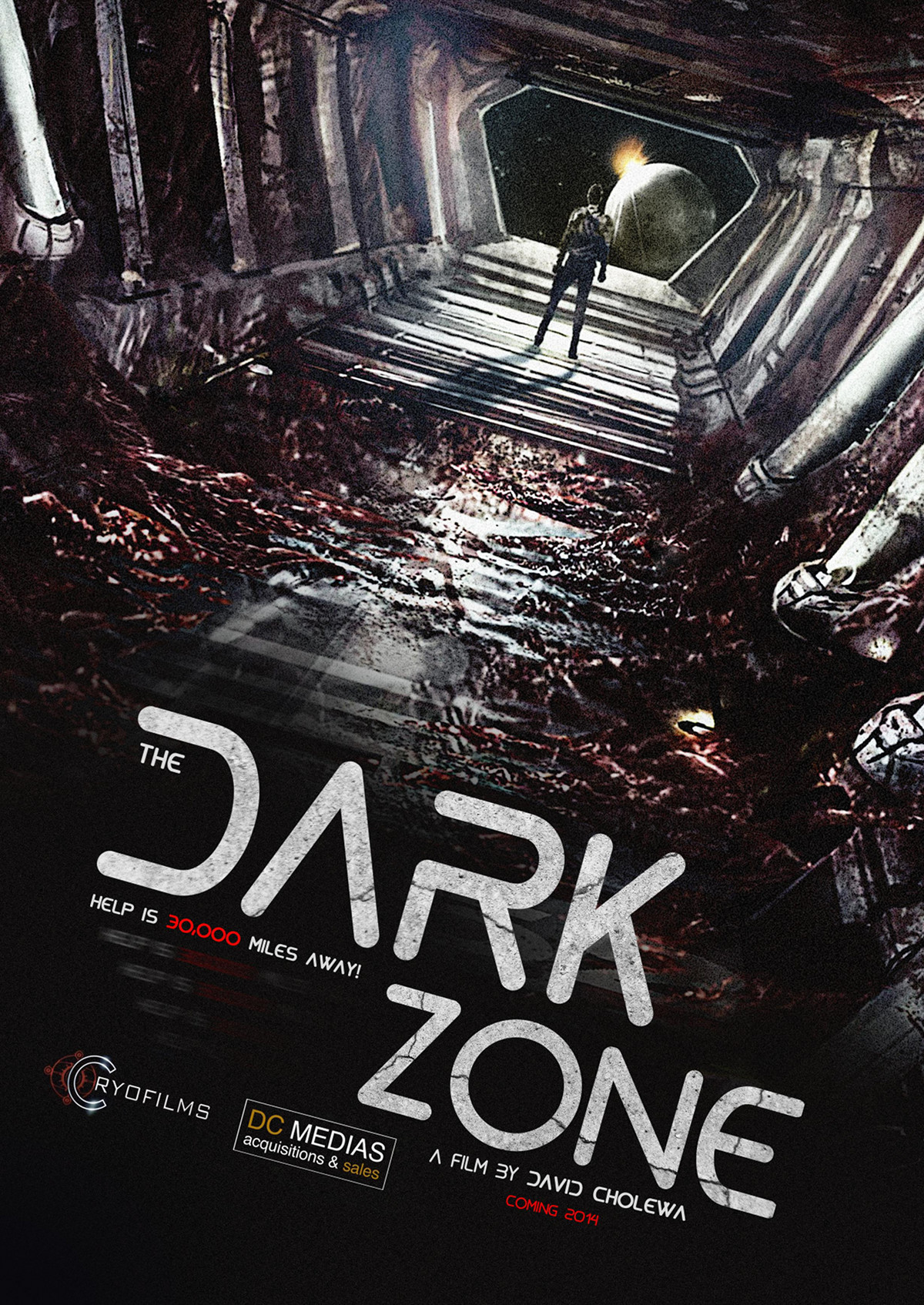 The earth is dying. The oceans are lifeless, the ice caps barely a memory. It is a world of starving billions where fresh water and even oxygen have become increasingly precious commodities.

Poised on the brink of disaster, mankind realizes that the only hope for our species is to leave our home world and move out among the stars. The United Nations colony ship MAYFLOWER is en route to a recently identified earth like planet orbiting Proxima Centauri (or 'PROX' for short) a red dwarf in the Alpha Centauri system – 4.2 light years from Earth. The new world, christened TYCHO 7, contains both water and oxygen and, at approx. 22 degrees Celsius, a temperature capable of sustaining life. Travelling at just under half the speed of light it will take the Mayflower nine years to reach it's destination. The ship carries a crew of more than one thousand personnel, most of whom are in cryogenic suspension while a team of 40 take shifts at six month intervals to maintain the colossal space craft. Their mission is to establish the first human colony outside the solar system.

The Mayflower's voyage between worlds has been long and arduous. But it is almost over. In two more years the crew will finally reach their destination. Or so they think....

A short circuit awakens medical officer Eve Kasner from her long sleep and she claws her way from her cryo-casket to find herself in a living nightmare. While Eve has been unconscious the Mayflower has changed beyond recognition. A creeping, organic bio-mass has spread throughout the vessel, consuming the sleeping colonists and converting them into raw protein. A runaway genetic experiment initiated in the ship's bio-domes in an effort to increase the yield of the hydroponic fruit used to supplement the crew's diet and balance the craft's atmosphere has gone fatally out of control. The rapidly multiplying mutation has grown into the Mayflower's main frame, taking control of the life support and navigational systems, setting the ship on an unknown course into the dark zone – the lightless void between stars. Banding together with a terrified handful of other survivors Eve must fight for her life against a remorseless threat she can barely begin to comprehend. Those who have not been absorbed directly into the bio-mass have begun to mutate into blind, drone like creatures, 'shamblers', whose sole purpose is to defend and maintain the craft that has effectively become a living being with a hellish, inhuman agenda.

Eve's only hope is to trace the root system back to it's source, it's living core, where she will learn the terrible fate that lies in store for them and uncover a conspiracy that challenges the purpose of their mission and the continued survival of the human species.

Something has gone wrong on board the colony ship. Very wrong... 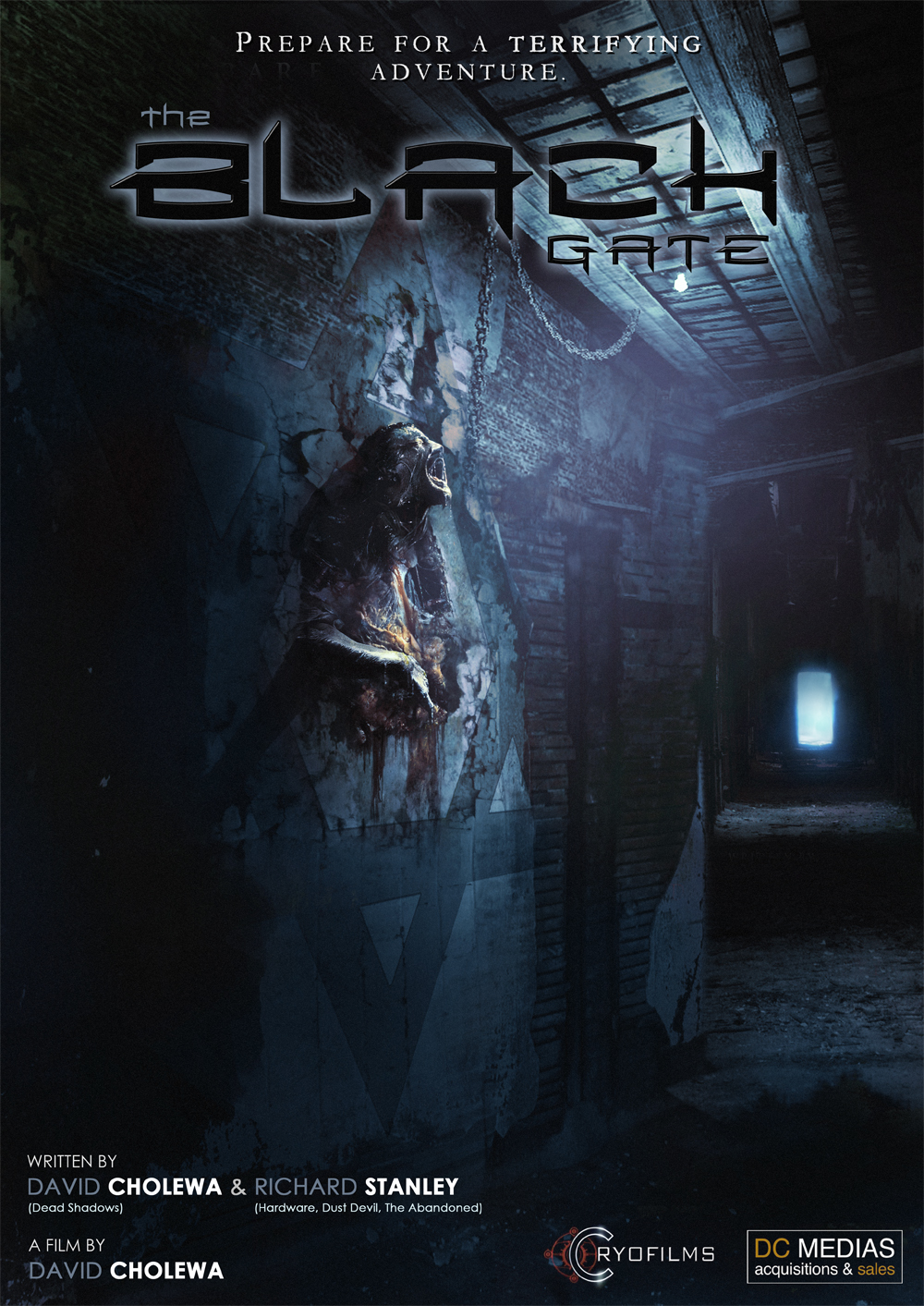 When best friends Gabe and John meet up at a local bar to discuss plans for Gabe's upcoming bachelor party, they never expected to get caught in a battle between good and evil.

After running for their lives to escape the clutches of a psychotic vigilante cop named Largo, with a serious axe to grind, along with his furious henchmen, they seek refuge in a decrepit old community center where an unspeakable act has occurred.

The brilliantly deranged mathematician and master of the kabbalah, Rabbi Sandoval, has perfected a formula to open a portal which will destroy creation itself. All the Rabbi needs is one more sacrifice to complete his evil scheme.

Now, Gabe and John are forced to make common cause with Largo, and two of the building original inhabitants, an old blind man, Isaac, who is more than he seems, and his young nephew, Hiram, to fight their way up through the floors, each of which is protected by a supernatural guardian more terrifying than the last, and somehow prevent Sandoval from finishing the ritual and opening the seventh portal - The Black Gate.

Will they be able to stop the ultimate doom and make it back to the world they know? Or has time really run out?

Do you feel this content is inappropriate or infringes upon your rights? Click here to report it, or see our DMCA policy.
black gatedavid cholewadead shadowsrichard stanleythe dark zone

"and so he's now hard at work on a pair of other projects, one of which is written by iconic cult figure Richard Stanley."

I like some of Stanleys work.....and that artwork looks nice, could be something.

only part i didn't like is the "drone like shamblers..." It sounds like it's going to be zombies in space except the zombies are guarding the "queen". It would be really bad if these shamblers start "eating" or converting the living into shamblers too.

I just watched Last Days on Mars expecting a good sci-fi movie and turned out it's --- yep you guessed it -- zombies on Mars.