Review: HIDE AND SEEK Is Worth the Look

The thriller genre, one of the hallmarks of contemporary Korean cinema, seems to be as strong as ever on the peninsula these days. Many of the country's best commercial films are knee-deep in crime, sex and death, and gussied up in slick atmospheric aesthetics. This summer, as with many before, has seen its fair share of high profile thrillers grip the nation, such as Cold Eyes, The Terror Live, The Flu and now Hide and Seek.

Café owner Sung-soo has a beautiful family who he lives with in a luxurious apartment in Seoul. However, Sung-soo is wrestling with his past and has developed an obsessive-compulsive disorder. When he learns that his brother has gone missing, he visits a rundown apartment outside of Seoul. Sung-soo notices codes scrawled by hand on every door. The mystery thickens when he meets a nervy neighbor who goes ballistic when learning who his brother is. Sung-soo sends his family back to Seoul but they don't make the trip alone.

Like some of the best Korean thrillers over the years, from Kim Ki-young's classic The Housemaid (1960), Kim Soo-yong's Splendid Outing (1978) all the way to Jang Chul-seo's blistering debut Bedevilled (2010), Hide and Seek presents contemporary Seoul as a bastion of civilization, comfort and modernity while introducing a horrific other in the form of the countryside, or at least in this case a backwater town. Sung-soo's picture-perfect family, bright, sparkling apartment and obsessive-compulsive disorder play with this formula to a tee. The derelict, rural apartment block of the creepy opening scene is in stark contrast to the sleek, comfortable Seoul home of the protagonists we are subsequently invited into after the opening credits sequence.

Firmly in the film's favor is its starless cast. Son Hyun-joo has been knocking around film and particularly television for the last 20 odd years but he's largely unknown, though he did appear as the villain in this year's Secretly Greatly. Stoic and reserved (to the point of being hesitant), his lead character exudes both gravitas and insecurity, a playful combination that continually toys with our expectations as, when combined with the mise-en-scene, it allows for the sudden swell and release of tension.

As the wife, Jeon Mi-sun probably has the hardest job to pull off, as her character is both a loving mother and a materialistic homemaker. Though not afforded much texture, Jeon succeeds in drawing in both our scrutiny and sympathy. Moon Jung-hee, buried under a great deal of makeup has great fun playing the nervous rural neighbor. Oscillating between diminutive and imposing, the strength of her delivery ably swings the mood of the film. What's more, the trio of children in the cast are, thankfully, not of the irritating variety that is commonly found in commercial Korean films.

Huh Jung, a debut filmmaker, cleverly invokes Korea's present obsession with consumerist trappings, while also hinting at past traumas that many would rather leave behind. It's a technique that's been used many times before in Korean film and serves to remind the viewer (or at least any well versed in modern Korean cinema) of the engrossing tone set by many recent precedents. Hide and Seek explores a timely subject and elicits real scares based on feelings of insecurity and discontent that exist outside of the theater. Further aiding Huh's themes is the tension between the dirty past and the pristine present, which is strongly rendered through the film's expert staging. While there's nothing groundbreaking in the film's construction, it's all so well handled that it's a joy to get sucked into the ambience.

Unfortunately, following a terrific setup, Hide and Seek goes by the way of many other highfalutin thrillers this summer by losing the plot in the third act. It doesn't go completely off the rails, like The Flu did (released the same week in Korea), but an uncomfortable twist and the dispensing of plot logic allows a sense of deflation to pervade these closing moments. What could have been a solid and brooding piece of genre cinema becomes a work of two halves that sadly add up to a good but not great film. 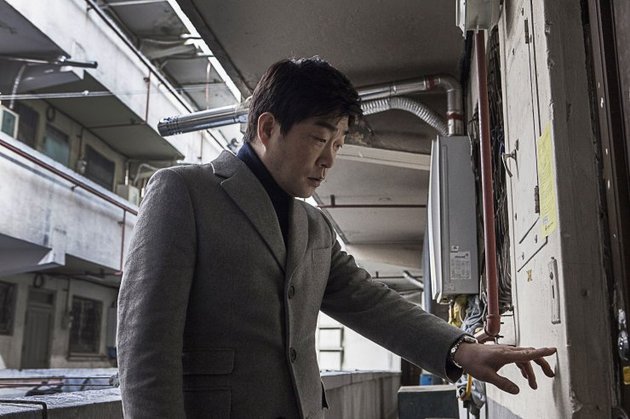 Do you feel this content is inappropriate or infringes upon your rights? Click here to report it, or see our DMCA policy.
2013hide and seekhuh jungkoreakorean filmsumbaggokjilthriller숨바꼭질

More about Hide and Seek