Review: STORIES WE TELL, Wrestling With Truth And Memories From The Sidelines 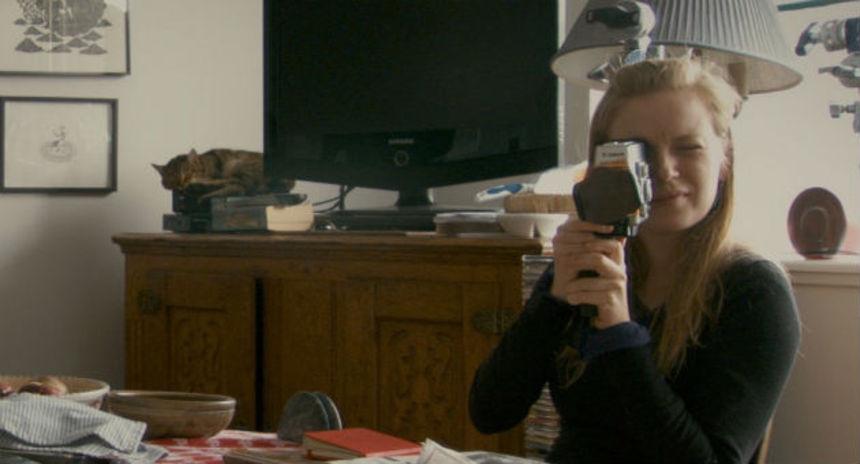 "Who cares about our stupid family?" It's a pertinent question, and one that kept echoing through my head during the first 30 minutes of Stories We Tell, a documentary by actress turned filmmaker Sarah Polley.

Polley has found success by telling intimate stories in a narrative fashion on the big screen. Her previous effort, 2011's Take This Waltz, struck me as indicative of her inclination to show and tell, so as to really drive her points home. Ultimately, the film appears to suggest that "it's really, really hard to see see ourselves as others do, and even more challenging to look into our own souls and see what sort of person we are," as I wrote at the time.

Her desire to peer into souls is again manifest in Stories We Tell, although this time Polley strips away the pretense of fiction and fixes her eye on her own family, interviewing her father, four older siblings, and others about her late mother Diane. Early on, one of her sisters raises the question in a joking manner, "Who cares about our stupid family?" and the answer at that point seems to be: "Anyone who is intensely interested in show business."

And that's because the details of the courtship and marriage of Michael and Diane Polley are not inherently compelling on their own merits.

Sarah Polley is a technically adept filmmaker and sprinkles home movie footage -- much, if not all, of which turns out to be dramatized recreations -- throughout the interviews, adding behind-the-scenes material to lend variety to the talking heads, but otherwise it's strictly what I would call a "family and friends" movie, the type of intensely personal movie that is all-consuming to the filmmaker but of limited interest to anyone who doesn't know her personally. Then a turning point is reached and it becomes apparent that Polley was biding her time to set up the "a-ha" moment in the documentary, the moment when the film's reason for existence is fully justified.

But even that shellshocker is not as it appears, because Polley has another one up her sleeve that she lobs into the narrative a bit later, and then one more as the movie hits the home stretch.

Stories We Tell is a documentary that aspires to be extremely personal and revelatory, inviting all the interview subjects to be as honest and forthright as possible, within their comfort zone. The filmmaker herself, however, is not as forthcoming as her subjects; she declines to express herself directly, except for reading old emails and participating in recreated scenarios.

Certainly that's her right and privilege; she doesn't appear to force anyone to say more than they wish to say, and she deserves the same courtesy. That leaves the film floundering, though, exactly at the point -- the aforementioned home stretch -- where it should be ascending toward some kind of epiphany about a greater truth. Indeed, Polley's wrestling with the issue of self-revelation is given space to play out. The absence of any further direct comment leaves the questions unresolved, at least as far as the public is concerned; she'd rather keep certain things to herself.

Stories We Tell remains an intriguing, sometimes moving, concept, a home movie writ large, made by a good filmmaker. It reminds me of advice that writer Harlan Ellison has given to other writers: "You must never be afraid to go there." Sarah Polley is brave enough "to go there," but she's not certain she wants to share everything she discovered.

Stories We Tell is now playing in select cities in the U.S. Visit the official site for theatre listings and more information.

More about Stories We Tell