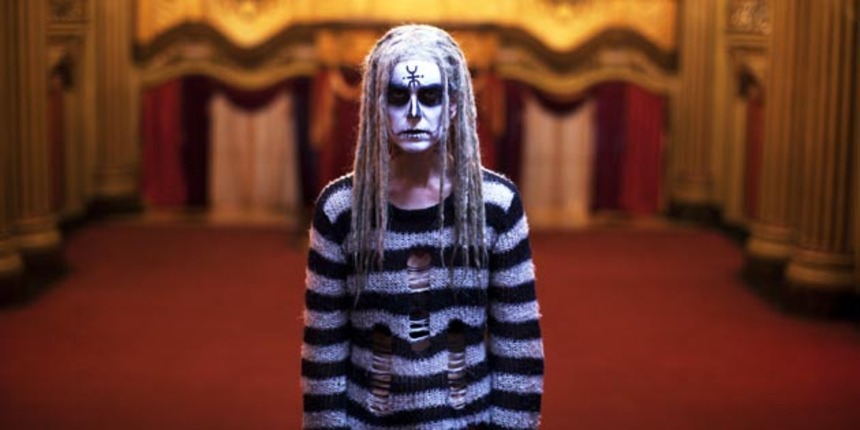 First out of the gate came Festival Editor Ryland Aldrich's review from Toronto:


It appears that Rob Zombie may have been studying up on his David Lynch lately as the metal-head-turned-filmmaker's latest is more head trip than it is horror. That's not to say The Lords of Salem doesn't have plenty of scares, but only a few of them come from cheap "gotcha" moments. This makes the film Zombie's most mature directorial work to date and a very enjoyable midnight entry.


The story revolves around Heidi, a popular radio DJ in modern day Salem played by Sheri Moon Zombie. Always on the lookout for new talent, Heidi finds more than she's looking for when an LP shows up at her door by a band called The Lords. The groovy tracks transfix Heidi and start to drive her mad with flashbacks from the town's haunting past.


The Lords of Salem probably isn't the kind of film that will cross over for non-horror fans. However, there is plenty here to like.

(You can read Ryland's review in its entirety right here.) 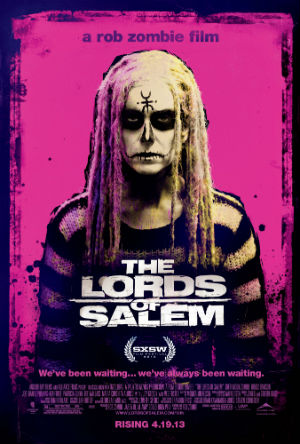 About a month later, our European Editor Brian Clark saw the film at the festival in Sitges and had a completely different reaction:


Goofy. That's the word that kept popping into my head through the entire running time of Rob Zombie's baffling Polanski rip-off, The Lords of Salem. Not weird, not bizarre, not hallucinogenic, and certainly not Lynchian, as some critics (including our own Ryland Aldrich) have labeled the movie, but just inexplicably goofy. It is a movie that completely and (I assume) purposely eschews logic, suspense and even narrative in favor of what some fans will likely describe as "crazy shit."


if you can get past the threadbare, anti-logic narrative, enjoying the film is a question of giving into Zombie's wacky supernatural dream (or are they???) sequences. Unfortunately, these play like a not-terribly-original marriage of scenes from Ken Russell, Kenneth Anger and David Cronenberg, only Zombie somehow manages to strip the images of all urgency and wonder, partly because none of them really pose a threat, and partly because few of them are particularly scary in the first place. The hallucinations hit a low-point towards the end when a face-painted metal head inexplicably shows up ... I guess to help with the possession. In short, you'd be much better off re-watching the end of The Sentinel.

Brian, too, liked the "unique and effective" music. However, he concluded:


This movie, like his others, makes me think that Zombie probably has a really cool DVD collection, and that I would probably enjoy talking to him about movies and maybe watching a double feature of Messiah of Evil and Rosemary's Baby. But for whatever reason, he can't seem to capture in his own films what makes all those great movies of yesteryear work.

(You can read Brian's review in its entirety right here.)

So, there you have it, our critical opinions from A to Z, to speak. Will you side with #TeamRyland or #TeamBrian? Or form your own opinion somewhere in the middle? Or sit this one out?

Whatever your decision, The Lords of Salem opens in limited release in the U.S. on April 19. Check the official site for theater locations.

Do you feel this content is inappropriate or infringes upon your rights? Click here to report it, or see our DMCA policy.
Rob ZombieSheri Moon Zombie

More about Lords of Salem