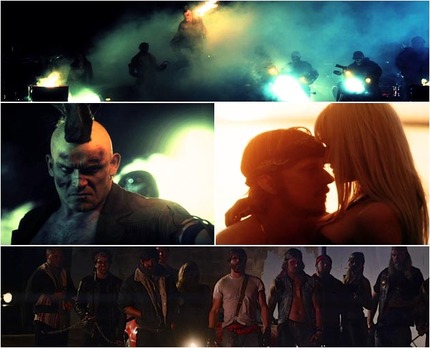 No one saw Evan Glodell and his Coatwolf team coming when their debut film Bellflower took Sundance by storm a few years back. That ain't gonna happen a second time. The rumbling sound you're hearing right now is the groundswell of support brewing for the crowdfunding campaign that Coatwolf just launched for their second feature, Chuck Hank and the San Diego Twins.

Produced by Glodell and directed by Bellflower producer/composer/editor Jonathan Keevil, the film is described by Coatwolf as a "surrealist action/drama influenced heavily by '80s action films and side-scrolling fighting games like Streets of Rage and Double Dragon." Sounds like a riot. Both Glodell and Tyler Dawson return in front of the camera as well. Here's the official synopsis:

A turf war has been raging in Oldtown for generations. On one side, The Syndicate - an evil gang of crank-head misfits, who have been set on muscling the San Diego family out of the parcel of land they own in the center of town. On the other side, the San Diego family: Tony and Johnny - twin brothers, and their sister Salsa are the last of a bloodline that stretches back for generations. Their mother, father and brothers were all brutally murdered in violent clashes with The Syndicate over the years. With their neighborhood becoming increasingly fearful, The Syndicate puts into action another evil advance on their family's fading legacy by kidnapping Salsa - all hell breaks loose. The twins and their best friend Chuck Hank must decide whether to hand over the deed to their family's land in order to save their sister or fight, the final fight!

The team have the standard set of incentives to donate on their indiegogo page like digital downloads and DVDs -- as well as some pretty cool premiums like premiere invitations and set visits at some of the higher participation levels. What seems important here is that these guys are trying to do things on their terms. It was the DIY blood, sweat, and tears baked into Bellfower that set it apart from the pack and it's great to see these guys are bringing this attitude back for round two.

Check out the video and gallery below for a first glimpse at Chuck Hank and the San Diego Twins. 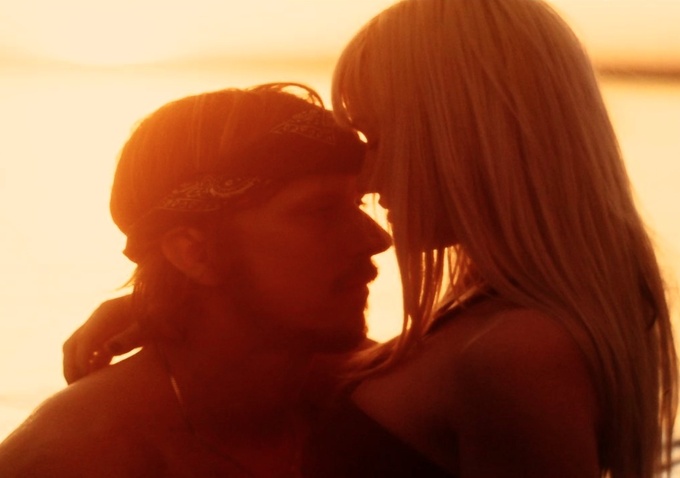 More about Chuck Hank and the San Diego Twins