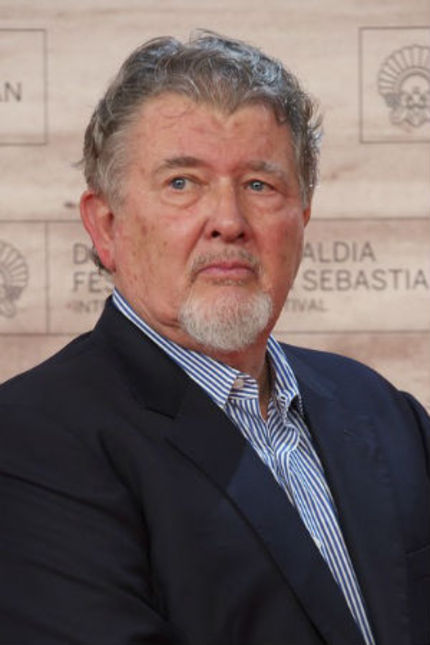 The first five films directed by Walter Hill -- whose latest effort, Bullet in the Head, opens on Friday, Feb. 1 -- reflect a rich diversity of historical periods and display a recognizably lean, laconic style.

It's a style that would be crystalized and popularized in 48 HRS., his sixth film, which redefined the "buddy" movie for the 1980s and made Eddie Murray Murphy * a star. Hill's ouevre is filled with mysterious characters -- men and women -- oozing machismo and quiet menace, often paired with people -- partners, accidental and otherwise -- who are less physically intimidating and more obviously imperfect, with their emotional and mental strengths waiting to be discovered.

The hallmarks of his career, though, are evident in the first five films he directed.

Charles Bronson stars as a bare-knuckle fighter during the Great Depression of the 1930s, paired up with sharpie / manager James Coburn. Bronson plays the quiet type, with Coburn as the more garrulous one. Hill, benefiting from heat based on his script for Sam Peckinpah's The Getaway, made a deal with producer Larry Gordon, first suggesting the screenplay be done "more like a Western" -- as he told Patrick McGilligan in a wonderful interview for Film International -- and set in the past, rather than the modern day. It's a strong debut; not flashy, but modest and trusting in its action instincts.

An acknowledged influence on Nicolas Winding Refn's Drive, and possibly the best use ever of Ryan O'Neal (as the iconic title character), the film's essence is not revealed through plot or the backstory of the characters, whose names are never given. Rather, we learn all we need to know through the visual storytelling, as an obsessed detective (Bruce Dern) tries to trap a criminal by turning his fellow criminals against him. Modern-day Los Angeles at night had rarely looked so glamour-free. And two sequences -- the "audition" and the cat and mouse in a warehouse -- remain among my all-time favorites.

After using a somewhat limited palette in his first two films (shot by d.p. Philip Lathrop), Hill teamed with cinematographer Andrew Laszlo to infuse the streets of New York with a riot of stylized color. The plot, borrowed from Greek mythology, remained stripped-down -- a street gang falsely accused of murder must travel from the Bronx to Coney Island while battling other street gangs bent on revenge -- and the characters proudly prefer to keep their inner lives to themselves (key scene: inside a subway car as preppy kids sit opposite them); the relentless focus on the action, staged with great flair and variety and fervor, was invigorating. Like Hill's previous film, it too was set in the present day, though it felt a million miles away.

It may be best remembered now as the film that starred four sets of brothers (Stacy and James Keach; David, Keith, and Robert Carradine; Dennis and Randy Quaid; Christopher and Nicolas Guest), but it also marked the first time Hill had made a Western that was actually set in the Old West. His early films (especially The Warriors) took cues from Westerns, but this retelling of the story of the Frank and Jesse James Gang leaned on modern sensibilities, perhaps even swiping the idea of "it's all family" from The Godfather, and then turning it on its head in a much more economical, terse and tense manner.

The tension slowly grows in this humid horror movie set in modern-day Louisiana. Strike that -- it may be the present, but the National Guard squad of weekend warriors have actually stumbled into an age-old predicament, in which they "borrow" from an extended family of isolated Cajuns and then bring down Hell upon themselves. Reviews at the time made the easy comparison to Vietnam, and it undoubtedly mirrors the U.S. involvement there, yet what I remember from my one and only viewing of the film in a nearly empty Los Angeles theatre in 1981 is the tension that became nearly unbearable, the fear for the soldiers (Powers Boothe, Keith Carradine, Fred Ward, and Franklyn Seales among them) who have acted so stupidly and now must pay ten-fold for their ignorant, arrogant mistakes.

In his first five films, Walter Hill's America was an unforgiving place that only rewarded a few, those who were clever, those who were strong, and those who always remembered that survival is not a game.

* Updated to correct name. Thanks to commenter Cedric Chou Ya-Li.

First Five Movies is an occasional series of features focusing on the early work of established filmmakers.

Do you feel this content is inappropriate or infringes upon your rights? Click here to report it, or see our DMCA policy.
48 HRS.Hard TimesSouthern ComfortThe DriverThe Long RidersThe WarriorsWalter Hill