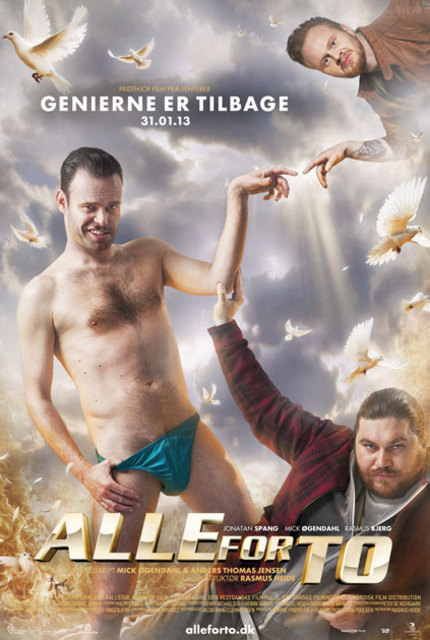 Denmark is getting silly with upcoming action comedy Alle For To, the Anders Thomas Jensen scripted sequel to popular hit Alle For En.

This sequel to the box office hit »All for One« finds the previously tight-knit trio dispersed: Nikolai is on parole, while brothers Ralf and Timo are planning a heist involving the unlikely combination of unsalted butter, a strict diet and a helicopter. When their seemingly impossible heist succeeds, Nikolai asks to borrow some money to start over. The brothers reject him, but when all three of them are tricked by a fish-loving banking executive, they are forced to team up again.

The first teaser for the film promised a goofy, mildly risque action comedy and the full trailer confirms that early impression. It certainly won't be Klown level madness but the presence of Jensen - an Oscar winner - as the screen writer means good things. Check the trailer below.

Do you feel this content is inappropriate or infringes upon your rights? Click here to report it, or see our DMCA policy.
actionalle for toanders thomas jensencomedydenmarkheistkim bodnia

More about Alle For To