SAVE YOUR LEGS Trailer Knocks It Out Of The Park 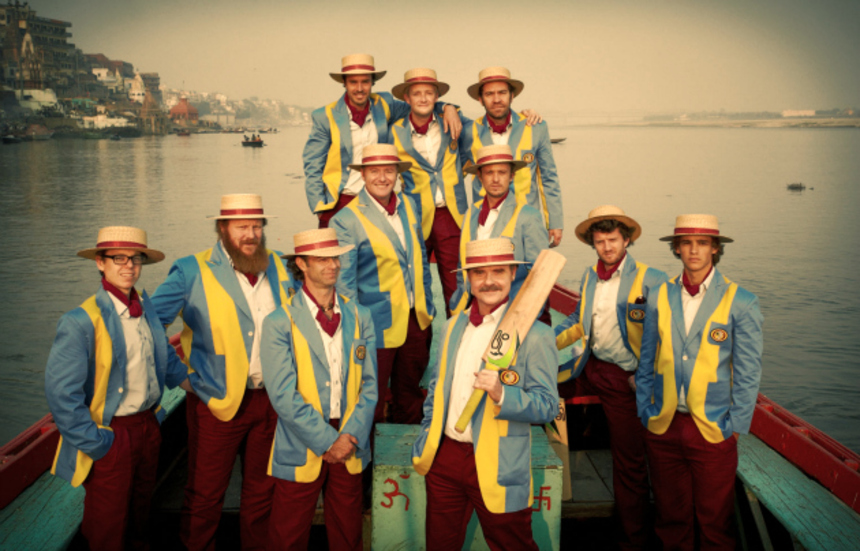 We've come a long way since Bodyline. While this staid period miniseries was a huge success for George Miller and Australian television, it didn't exactly launch cricket as a genre we started seeing more on screens - whether as a backdrop to drama or as the backbone of an inspirational sports story in the vein of what Hollywood does so well.
Almost two decades later and this is starting to change, and in a major way. A few years ago we had the silly I Know How Many Runs You Scored Last Summer, which took the sport of cricket and thrust it headlong into horror-comedy territory. It was a largely mindless comedy which, like Black Sheep, took every cliche and pun about its central topic and mined it for comedy. But it also showed that cricket didn't have to be a dusty posh old thing on screen.
Earlier this year, on Australian TV, we had Howzat, which chronicled the early days of Kerry Packer's World Series Cricket. It was a massive ratings hit in Australia to the point it broke records and is no doubt selling like gangbusters right now at MIPCOM in Cannes.
Now comes Save Your Legs! a cricket comedy that premiered at the Melbourne International Film Festival and is due to screen at the major film festivals in London and Mumbai. Written by Brendan Cowell and directed by Boyd Hicklin, Save Your Legs! widens the scope even more, by setting up a cross-cultural comedy that takes place in both Australian and India - and seems to show the best bits from both countries and cultures, as well as the obligatory curry cliches.
Inspired by true events, and following a documentary of the same name also directed by Hicklin, Save Your Legs! is due to open Australian Day weekend (24 January) 2013.
Sign-In to Vote
Tweet Post Submit