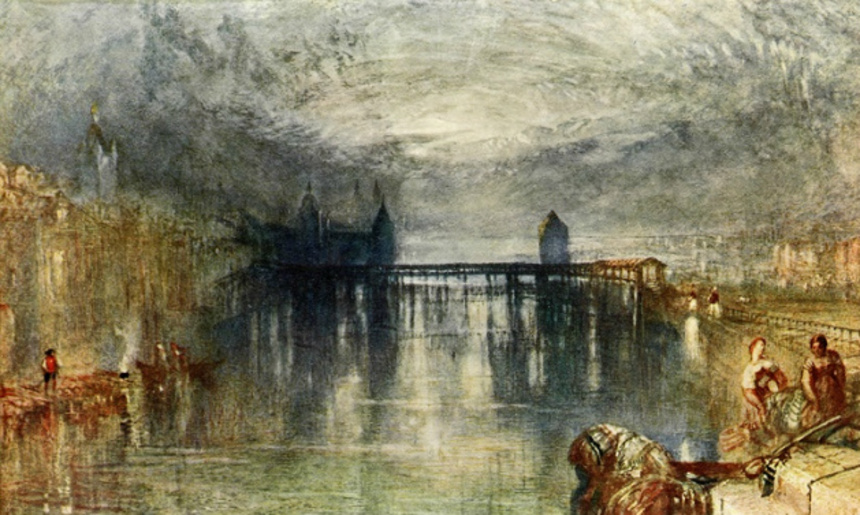 Several big announcements concerning giants of European Cinema broke over the last week, including one bio-pic about a giant of European Art. Let's get to it!

We've already reported the news that Werner Herzog is apparently set to direct an adaptation of D.B.C. Pierre's novel, Vernon God Little, The book earned a lot of comparisons to Catcher in the Rye and The Adventures of Huckleberry Finn, so Herzog won't exactly be in familiar territory, maybe that in itself is more normal for him these days.

What is still unclear is exactly how this new affects Herzog's previously announced upcoming projects including his Helmut Newton documentary and his Gertrud Bell biopic with Naomi Watts.

Meanwhile, Jean-Luc Godard is experimenting with 3-D for his follow up to Film Socialimse, which is titled (probably aptly) Farewell to Language. Mubi has posted a fantastic interview with his recent cinematographer Fabrice Aragno in which he discusses their efforts with the medium, and the 3-D camera they built out of wood.

We built our own camera, using wood, with our own hands. We wanted to find out what could only exist with 3D. If it can exist without 3D, what's the point? ... 3D is our pretext for exploring. Maybe at the end of the film there will be nothing in 3D, I don't know, but it's what motivated us. It's like an equation with unknown variables. 3D is value "n," and the man, the woman, how will they affect it?

Interestingly, he also cites Hugo as the only 3-D film to actually utilize images that could only exist within the 3-D medium, though the praise is a bit backhanded, since he later compares his appreciation of the movie to the way one appreciates a cake.

Finally, and perhaps most exciting, it sounds like Mike Leigh's bio-pic of artist J.M.W. Turner may be coming to fruition. Leigh had mentioned the project a while back, but said only that he was trying to pull together funding, which, given the epic-scale of the painter's life and work, wasn't going to be an easy task. But now Timothy Spall has said in the Telegraph that he's currently researching the role of Turner for Leigh's film, which hopefully means that the gears are turning.

The uninitiated will get a look at Turner's haunting, epic, impressionistic seascapes during a scene set at the Tate Britian in Skyfall. But in the meantime, a few tidbits from Turner's biography:

- Turner was the son of a barber and a wig-maker.
- He became very anti-social and eccentric during his later life, especially after his father's death, which caused him to battle intense bouts of depression. Before, he lived with his father for 30 years.
- He traveled extensively, and would often be gone for nine months at a time, often visiting sites which inspired his epic landscapes all over Europe.
- He died in the house of his mistress, and his last words were allegedly, "The sun is God."

Obviously, once the full numbers are in for the most recent week, Skyfall will destroy all competition in Europe, having taken in an estimated 80.6 million overseas for its opening weekend. However, the pre-Skyfall numbers for Europe were much more spread out. In France, the Asterix and Obelix movie easily topped the chart with a $9.3 million gross. Paranormal Activity 4 finally dethroned Madagascar 3 in Germany, and also took the top spot in Norway.

Meanwhile, in Spain, The Impossible continued to perform amazingly well, earning another $9 million in its second week. In Denmark, the family comedy Far til Fir: Til Søs continued to reign supreme for the third week in a row. It's total currently stands at $4.2 million. In Iceland, the locally-produced, based-on-a-true-story film The Deep took the number one spot for the second week in a row. The movie retells the survival story of a fisherman whose boat capsizes off the south coast of Iceland. And on a final, interesting note, the short documentary Looking for Ioannis Varvakis managed to beat out all of the competition in Greece.
Tweet Post Submit