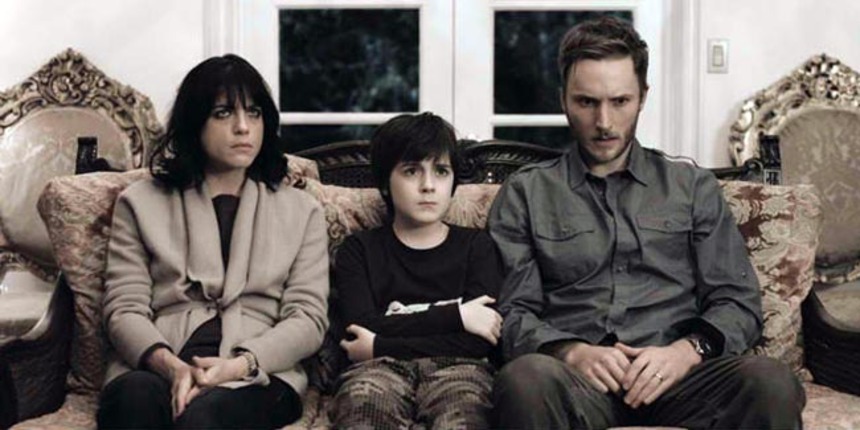 Jeremy Power Regimbal's Tribeca thriller REPLICAS has found a distributor in IFC Midnight. The Selma Blair, Joshua Close, James D'Arcy, and Rachel Miner starring film will see a 2013 theatrical and VOD release.  Check out our review of the film from Tribeca.

More from the Press Release:

IFC Midnight is acquiring all US rights to REPLICAS, the acclaimed thriller from director Jeremy Power Regimbal, which had its world premiere at the Tribeca Film Festival in April.  Starring Selma Blair (HELLBOY), Joshua Close (THE PACIFIC), James D'Arcy (W.E.), and Rachel Miner (BULLY), the film was produced by Regimbal and Justin Tyler Close, and was executive produced by Tina Pehme, Kim C. Roberts and Susan Jackson.  Celluloid Nightmares has all foreign rights.

Following a tragic incident, the Hughes family escapes their busy, upscale suburban life in order to spend some quality time at their isolated country home.  An evening with friendly neighbors is suddenly interrupted when one man's obsession with perfection escalates into a violent struggle, forcing all to go beyond anything they ever thought they were capable of in order to survive.

Jackson, of North American sales agent Turtles Crossing LLC, negotiated the sale with Jeff Deutchman, Director, Acquisitions & Productions, Sundance Selects/IFC Films.  REPLICAS is Jeremy Power Regimbal's first feature after helming numerous commercials and music videos through his company The Lab Media Group.  The script, co-written by cast member Joshua Close, was based on a story from Regimbal and producer Justin Tyler Close, the creators of The Lab Magazine.    IFC Midnight is a sister label to IFC Films and Sundance Selects, and is owned and operated by AMC Networks Inc.

Do you feel this content is inappropriate or infringes upon your rights? Click here to report it, or see our DMCA policy.
Jeffrey NachmanoffStephen HamelChad St. JohnKeanu ReevesSci-FiThriller