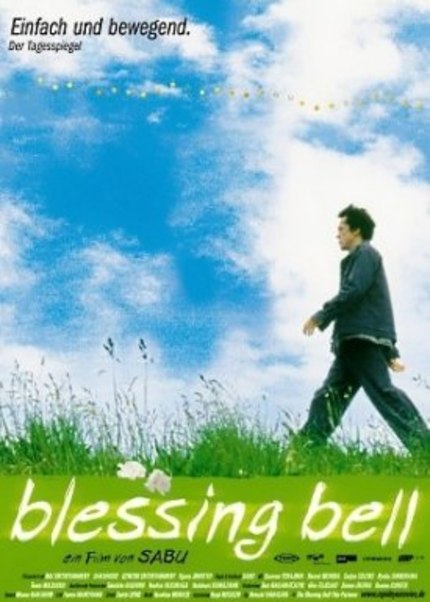 Kofuku no Kane is what happens when three of my favorite Japanese film people get together to make film. It's the highpoint in the oeuvre of director Hiroyuki Tanaka (Usagi Drop, Monday, Kanikosen), which wasn't shy of good films to begin with, enhanced by a rare leading performance of Susumu Terajima and finished off with a lovely cameo of Seijun Suzuki (Pistol Opera). The result is every bit as good as you'd expect it to be.

With many obscure Japanese films getting EN-friendly releases at the beginning of the new millennium, it's beyond my comprehension that some of Tanaka's prime films remain cut off from the West. Even though Tanaka is a respected regular at prominent genre film festivals (think BIFFF), his films ooze quality and he has a very clear signature style, you have to look far and wide to find certain of his films on DVD. As for Kofuku no Kane, there is only a German DVD available (original dub, German subs), it's not ideal but at least it gives you something to work with.

Kofuku no Kane is a film that feels as if it was made from the bottom up to feature Terajima as its main character. I'm a big Terajima fan and I always felt the actor was somewhat underused, playing second violin to other, more famous people in the business. With Kofuku no Kane he proves that he is capable of taking an entire film upon his shoulders. When all is said and done, Terajima may not be the most versatile actor but there is no-one that can beat him at his own game.

The film starts when Terajima finds out he's out of a job. The factory he's always worked at has closed its doors, leaving him and his coworkers without a steady income. In a daze Terajima wanders off, traveling through the city, meeting up with a varied range of people. Terajima seems numb, doesn't speak a single word and acts like an empty shell, yet people flock to him and lead him into an interesting series of adventures. Perfect road movie material, but on a much smaller scale and with an interesting twist.

I think Kofuku no Kane qualifies as Tanaka's most visually accomplished film. Shots are often static, but perfectly framed and always functional. There are many occasions when the camera is positioned in such a way that it subtly enhances the humor or dramatic impact of a certain scene. It's one of Tanaka's typical trademarks, brought to absolute perfection here. The camera work does loosen up a little near the end, mimicking the mental state of the film's main character.

The soundtrack is mostly absent, it's not until very late in the film that traces of an actual score start to emerge. Before that it's mostly environmental sounds that make up the soundtrack of the film, coupled with several monologues. Even though Terajima himself remains quiet throughout the film, the people he meets are glad enough to tell him their problems. The music is never missed though, especially when the quiet of certain scenes underline Terajima's state of being.

As I said before, this film was simply made for Terajima. He has no dialogue, but the man's expressions throughout the film are golden. It's not that Terajima acts with broad gestures and lots of poeha, but the more than expressive looks on his face and often gentle shifts in posture always betray what he's thinking. Even though he appears apathetic and distant, he's a very likable character. Secondary characters are solid too, though they go mostly by unnoticed (except of course the cameo of Suzuki).

Kofuku no Kane is not a very complex film, but Tanaka's excellent mix of drama and comedy is remarkable. Terajima's adventures can be a little far-fetched, but each segment is there to illustrate a little about Terajima's brewing crisis. Throughout the film he finds out a thing or two about life, leading up to the point where he can finally free himself of his own burden. The ending is without a doubt one of the best I've ever seen. I'm not going too spoil too much, but I'm pretty sure I've never grinned any wider.

If you want complex story lines or deep-digging drama it's probably best that you look elsewhere, but Tanaka's gentle and loving approach and Terajima's superb portrayal of his character takes you along an amazing trip full of endearing, funny and warm moments. I'm still hoping for a proper DVD/Blu-Ray release of Kofuku no Kane, but dialogue is scarce and if you are only just a little familiar with the German language I do advise you to pick up this movie whenever you get the chance.

Do you feel this content is inappropriate or infringes upon your rights? Click here to report it, or see our DMCA policy.
SABUSusumu TerajimaNaomi NishidaReila AphroditeAyako HiraiComedyDrama