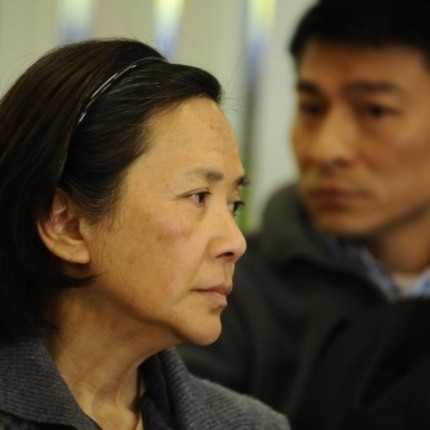 Director Ann Hui's film "A Simple Life" has reigned supreme at several festivals already, most notably Venice where lead actress Deanie Yip took the big prize and Ann Hui herself walked away with several smaller ones. Planned for release in its native Hong Kong only from March onward, the International Film Festival Rotterdam luckily secured itself a couple of advance screenings as well.

And with success: to say audiences love the film is an understatement. Describing what is this film's magic is a bit hard though, as it is a simple (for lack of a better word) domestic drama about a guy and the elderly woman who used to be the family maid. Sure, the guy is played by Andy Lau but with "A Simple Life" being totally bereft of any "BIG" moments, what makes it so special?
Read on...

Chung Chun To (Deanie Yip) has served the Leung family as a live-in maid (or ah-ma) for over 60 years, through four generations. With most of the family moved to the United States, the only one who needs her these days is film producer Roger Leung (Andy Lau), who frequently uses the family apartment in Hong Kong. 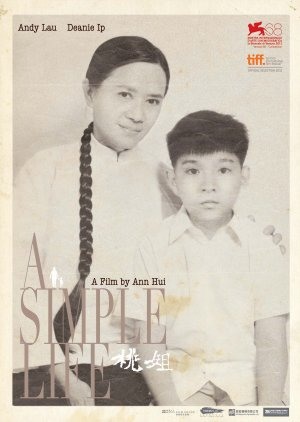 But then Chung Chun To gets a stroke. She becomes an invalid and decides to retire into an old-pensioners home. This drastically changes her relationship with Roger, who feels obliged to look after her instead of the other way round. In the beginning it's an uncomfortable situation for both, but the change does bring home just how much a part of the family Chung Chun To always had been.

On paper the story is deceptively eh... simple, to the point where you can wonder if there really is a story at all. "A Simple Life" gives you a fly-on-the-wall view of these peoples' lives at a certain moment, but it doesn't work towards anything dramatic or big.

Yet this very lack of sentimental embellishing turns out to be the film's biggest strength.
Based on an actual event in the life of the movie's writer/producer Roger Lee, what is shown looks honest and real. It helps that the two leads are played by Andy Lau and Deanie Yip who truly deliver phenomenal work here. There is no grand moment when Andy's Roger suddenly realizes how much he always depended on his poor under-appreciated ah-ma, nor does said ah-ma deliver a rambling speech about duty. There is nothing like that in here.

Instead, you see the warmth between these two individuals, the tiny subtle winks and jabs of two people who literally spent a lifetime together. As Chung Chun To enters her room (or rather her cubicle) in the old-pensioners home, you fear this will turn into a statement about the plight of exploited and forgotten elderly. And sure, there is some of that in the surroundings and it is mentioned as a valid concern in a Hong Kong where the average age is on the rise, but it is not applicable to Chung Chun To herself. Instead the film shows her changed relationship with the family she helped nurture through several ages. 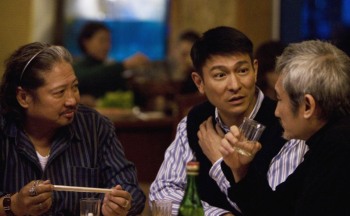 As for the other, non-sentimental embellishments, "A Simple Life" is a feast of recognition if you're into Hong Kong cinema. Andy Lau's character works in the film industry, and this allows for a truly unbelievable number of walk-on parts for famous people playing themselves, first and foremost Tsui Hark and Sammo Hung swindling an investor out of more money. It also shows Andy and Sammo taking the mickey out of Tsui Hark because he constantly blows the budget on huge sets, and still he wants bigger ones!
On top of that there are some excellent cameos for the likes of Chapman To and especially Anthony Wong. It's large-scale icing for what is basically a very small-scale story, but it is GOOD icing and it makes the film ever so much more watchable.

What could have so easily been a sugary piece of sentimental drivel is turned into a masterpiece by the honest approach by director Ann Hui and the powerhouse performances by well... everyone in it, but especially its two leads Andy Lau and Deanie Yip. I am not a human interest junkie and often these films are not my cup of tea, but you must be pretty much made of stone for this film to leave you untouched.

I don't want to kill this film by overhyping it but I do highly, highly recommend it.
Audiences here in Rotterdam gave "A Simple Life" an average rating of over 4.5 out of 5, making it the highest rated Asian film of the festival. 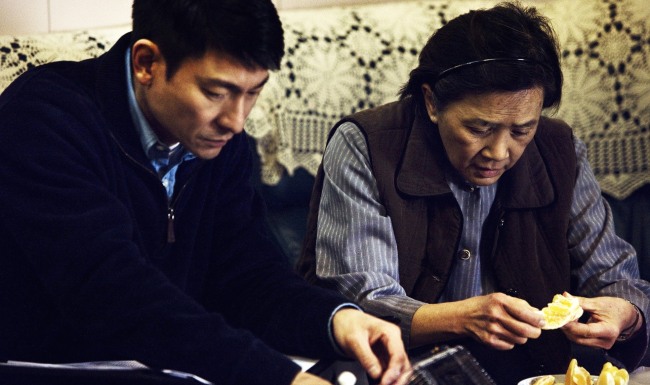 More about A Simple Life