Final Trailer For Disney's JOHN CARTER Plays Up The Action 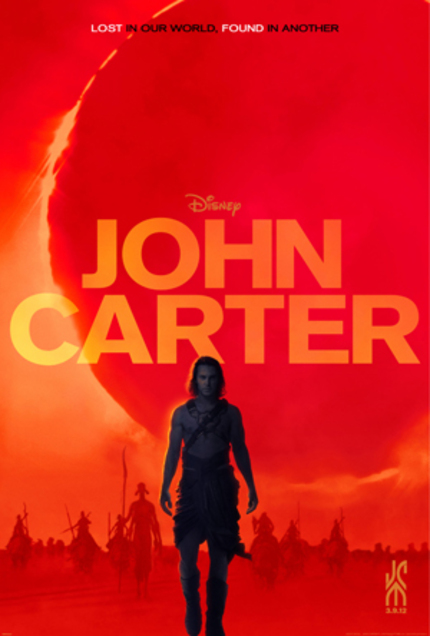 With the theatrical release of Andrew Stanton's John Carter just around the corner Disney have dropped the final trailer for the film, one that plays up the action elements.

From Academy Award®--winning filmmaker Andrew Stanton comes "John Carter"--a sweeping action-adventure set on the mysterious and exotic planet of Barsoom (Mars). "John Carter" is based on a classic novel by Edgar Rice Burroughs, whose highly imaginative adventures served as inspiration for many filmmakers, both past and present. The film tells the story of war-weary, former military captain John Carter (Taylor Kitsch), who is inexplicably transported to Mars where he becomes reluctantly embroiled in a conflict of epic proportions amongst the inhabitants of the planet, including Tars Tarkas (Willem Dafoe) and the captivating Princess Dejah Thoris (Lynn Collins). In a world on the brink of collapse, Carter rediscovers his humanity when he realizes that the survival of Barsoom and its people rests in his hands.

This latest effort gets a definite thumbs up in this household, The Boy - who is very much of the target market - very definitely looking forward to seeing this on the big screen. Check the latest trailer below.