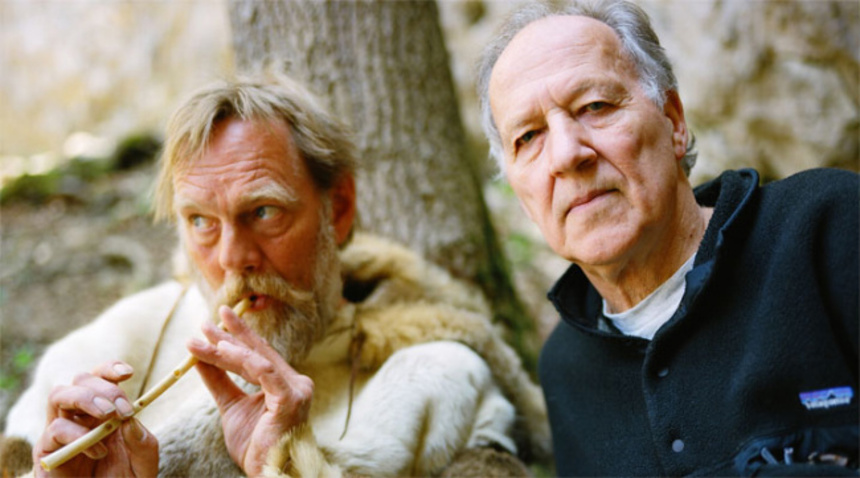 [Our thanks to Kurtiss Hare for offering a handful of reviews from SFIFF54.]

Kurtiss Hare and I met in line waiting for films at the 54th edition of the San Francisco International Film Festival (SFIFF54). I checked out his Cinefrisco website and was impressed with his succinct observations on film. I am delighted that he has accepted my invitation to intern for The Evening Class and look forward to his welcome additions to the site. For starters, here are five entries from his SFIFF54 coverage.


* * *
Werner Herzog's latest film, Cave of Forgotten Dreams, illuminates the hidden nooks of the Chauvet caves located in the South of France. Etched along the concealed rock faces of these fortuitously preserved walls are a series of paleolithic sketches, dating back to 40,000 years ago. Herzog approaches these treasures gingerly and with a tremendous sense of reverence.

Cave of Forgotten Dreams is a sort of pilgrimage to the heart of man at the first awakening of his artistic awareness. It's this spiritual and ancestral connection that opens the film up to achieving an awe inspiring height. The film suspends us there, asking us to cross a chilling chasm of time and, finally, to gaze upon the works of humanity's first artist. At this altitude, we discern only the most profound whisperings from the mouths of caves: what is the true story of man, and in telling that story, is man capable of uncovering truth? [Cinefrisco.]


Before watching Raúl Ruiz's, The Mysteries of Lisbon, festival programmer, Rod Armstrong, introduced the film as the director's self-proclaimed "final film" in a corpus of more than eighty. After having seen the film, I can say that, given the 272 minute runtime, it was no gentle introduction to his body of work. It did, however, reveal to me a library of films that I presume to be devastatingly beautiful and no less compelling.

The Mysteries of Lisbon traces the life of a boy named Pedro da Silva, who, through a series of vignettes and recollections, slowly brings in to focus the blurred enigma of his identity. In seeing this film, you will experience murderous intrigue, multiplicitous agents of vengeance, and the strange contortions of forbidden passion. As you leave this film you will appreciate the masterful camerawork, the intricate mise-en-scène, and the luminescent psychological examinations. In short, you will be a fan of Raúl Ruiz. [Cinefrisco.]


In his seventies, Hal is a recent widower. When Hal tells his son, Oliver, that he's no longer content to be only theoretically gay, Oliver watches his father blossom into a man suddenly turned confident, happy, and vivacious. In a tragic turn of events, shortly after his coming out, Hal is diagnosed with stage four lung cancer. Spanning multiple timelines, Beginners focuses on Oliver's relationship with Hal through his illness, and then, in the present, on his relationship with Anna, a new love interest. The full burden of history, from his parent's choices to society's hangups, press heavily upon Oliver as he attempts to find some degree of happiness for himself.

Beginners is a playful and sophisticated construction, and despite its bearing plenty of indie-genre hallmarks, it manages to sway clear of the genre's typical emotional shortcuts. Mills employs an expository sort of film-making, evident in script and montage, that begs you to cling dearly to the emotional journeys of his characters. [Cinefrisco.]


The Atacama is an arid, high-elevation desert mounted resolutely against the heavens that span the Chilean sky. For decades, it's been the site of several world class astronomical observatories, whose ability to envision our planet's milky expanse goes unparalleled. The formidable instruments there boast a sort of magnificent clairvoyance, able to lure an ancient photon from the stasis of its spangled hideaway. This windswept plateau also blankets the forsaken remains of some of the tens of thousands of political prisoners taken during the Pinochet military dictatorship. A host of forlorn mothers and family members scour this uninhabitable terrain for their missing loved ones.

In Nostalgia for the Light, Patricio Guzmán winds these two strands with poetic competence. Equal parts belletristic field journal and impassioned exhortation, the film draws a sensitive link between the scientific examination of celestial bodies from aeons past and the lamentable hunt for those buried human bodies, whose remains will bring closure and whose stories demand justice. [Cinefrisco.]


Grazing the Utah grasslands is a herd of Bison--a species whose majestic profile evokes the very essence of the frontier, and whose appearance in packs begs a sense of fearful reverence. To bring so mighty a being to its grave, whether for sustenance, sport, or the nourishment of a sadistic attitude, is no paltry task. Still, settled among these roving kings of the plain, is a pack of tired, old cowboys who would have you pay for a handheld tour of such ruination.

The Last Buffalo Hunt is an often nuanced documentary, and--as many will say--perhaps too much so. But for the inclusion of one particularly racist joke (which was not recounted by the film's subject, rather one of his oddly uninhibited clientele), it nails a surprising degree of objectivity in depiction of the story's primary antagonism. Aesthetically, the matter is neither bloodlessly romanticized nor is it simplistically vilified. For so inflammatory a subject, this is, to my mind, not a cowardly achievement. Instead, it applies a subtle pressure on the quality of the film's thematic dialog. The viewer is introduced to an especially interesting exploration of the paradoxical nature of romance and plight in the perennially adolescent American West, the profound influence of what can only be described as a culture with a self-propagandizing predilection, and the balance and justness of the battleground man is wont to leave in his warpath set against nature. [Cinefrisco.]