ScreenAnarchy Top Maiming: OUT FOR JUSTICE 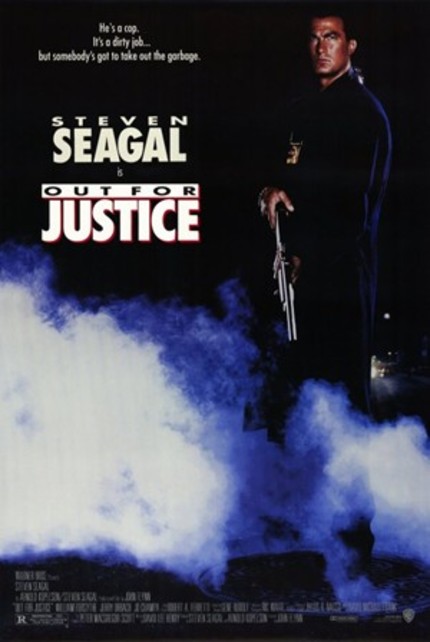 Steven Seagal was not always the punchline to a very weird joke. Once upon a time - for the span of his first three films, at least - he was the biggest, nastiest badass in the nation. His films were cruel and harsh and really pretty fantastic.

While rounding stuff up for the ScreenAnarchy Top Kills I came across a few Seagal gems including the one below. This one doesn't really qualify as a kill because nobody actually dies but it is a pretty serious multiple-maiming and one of the most badass sequences of any Seagal film. If anyone's got a higher res version I'd love to see it.
Tweet Post Submit

Do you feel this content is inappropriate or infringes upon your rights? Click here to report it, or see our DMCA policy.
John FlynnR. Lance HillSteven SeagalWilliam ForsytheJerry OrbachJo ChampaActionCrimeDrama