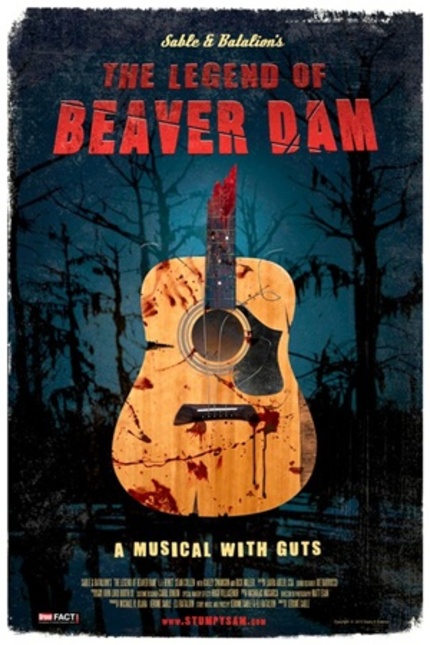 Though Michael Dowse's Fubar II gets all the love as the official opening night feature of the 2010 Midnight Madness program the film that really kicks things of is the preceding short. Jerome Sable's The Legend Of Beaver Dam is a deliciously bloody rock and roll splatter comedy, and YES, by rock and roll I do mean that this one is a full-on musical. A musical that involves young children around a campfire, an obnoxious camp counselor and a legendary killer rumored to haunt the surrounding woods.

The killer? He comes to carve you up if you say his name three times. The counselor? He says the name three times. All hell breaks loose and it's up to awkward Danny Zigwitz to save the day. While singing. And doused with gallons of blood.

Good time? Oh, yes. I've often wondered why Midnight Madness doesn't spotlight more shorts - there are a few worthy options that could be culled from the Short Cuts Canada program - but if they're only going to do one this year, this is a good one to be doing.
Tweet Post Submit

More about Legend of Beaver Dam