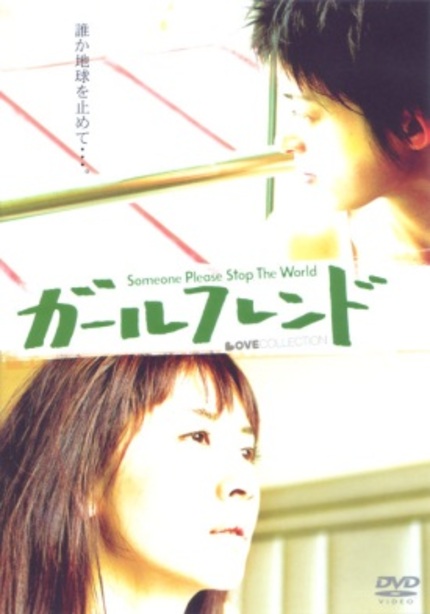 The world of cinema doesn't know too many female directors, effectively resulting in a lack a quality dramas based around female characters. It's even rarer to find male directors working in this field, exactly the reason why Hiroki should be considered a treasure of Japanese cinema. He's also quite prolific so keeping up with all his films is quite a challenge. If you're looking to get acquainted with his work, Girlfriend is a pretty good starting point.

If Girlfriend was a film directed by any other than Hiroki it would be a film about a lesbian relationship, now the focus lies more on female friendship and companionship. There is no real sexual tension between the two leads, only understanding, mutual respect and finding comfort with each other. It's an essential difference that gives Hiroki's film a very earnest and commendable dramatic undercurrent, letting them rise high above the competition.

Kyoko is a young photographer trying to find her way in the photography world. While she works on her portfolio she takes on some odd jobs to pay the bills. For one job in particular she is asked to find a street model and take some nudes for a skin magazine. Somewhat baffled she heads out and stumbles upon Miho. To her surprise Miho agrees to work with her and the two of them hook up.

Visually Hiroki is not a director that aims for lots of bells and whistles, instead he goes for a more realistic approach with a keen eye for settings and warmth. The visuals often reflect the feelings of the characters, swinging between somewhat depressing greys and warm reds. It creates a rather subtle atmospheric effect, but it really helps to bring out the dramatic feel of the film without even a hint of sentimentality.

The same can be said about the score in Girlfriend. While pretty safe an predictable, the timing and tone of the music is perfectly tailored to the dramatic tension coming from the characters. The acting is very powerful too as the two leads have no trouble whatsoever carrying the film. It all feels very natural and believable, as if spying on real people doing their everyday business. A real big plus for a film like Girlfriend, which draws its strength from the humanity of the characters and their personal drama.

The structure of the film is a bit more complex than you would maybe expect. It's not a straightforward a->b trip but a more cut up mix of scenes forming one big whole. The actual photo shoot is woven through the rest of the film, making it a little harder to get a good grip on the characters early on. Once the film passes the halfway point though this choice starts paying off giving the film a more unique twist and making the audience eager for more.

Even though Hiroki's cinema is quite comparable to a lot of other Japanese dramas, his films do stand out and share a remarkable level of humanity and naturalism. His films are true character dramas, portraying their main subjects with a lot of respect and open-mindedness, never really casting judgment or blowing things out of proportion. His films are subtle, caring and really know how to get under you skin with very little means. No doubt that Hiroki has his own box of tricks to accomplish this, but he hides them from view extremely well.

Girlfriend: Someone Please Stop The World is a solid, smart drama that serves as a good entry point to his oeuvre. The film showcases his talent and houses many of his trademark elements. It's relatively accessible and plays with relevant though somewhat sensitive themes. Hiroki fans can go in without a worry, others should take the leap if they happen to stumble upon this film. Chances are you'll be hooked afterwards.
Sign-In to Vote
Tweet 0 Submit

Do you feel this content is inappropriate or infringes upon your rights? Click here to report it, or see our DMCA policy.
Ryuichi HirokiShôtarô OikawaJason GrayAoba KawaiKiyohiko ShibukawaAya Sugimoto