Gordon Gekko Is Back In The First Teaser For WALL STREET: MONEY NEVER SLEEPS 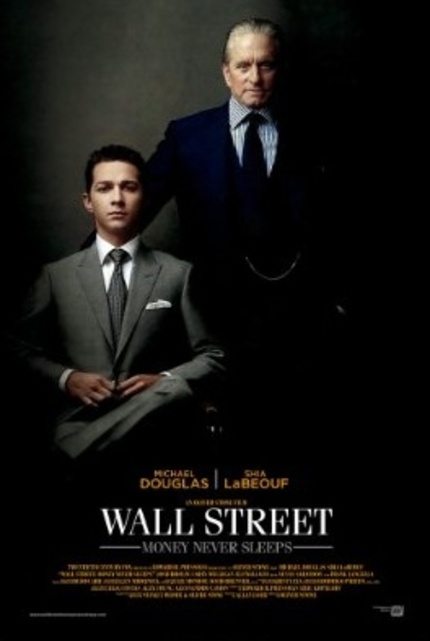 I wish I didn't care but I do.  The first trailer for Oliver Stone's Wall Street: Money Never Sleeps has arrived and it appears to have been edited together based on the rules of some inexperienced college kid's 'How To Cut A Movie Trailer' textbook.  Douglas looks pretty good, though. The phone gag is funny. Shia is as beefy as ever and a born rebel, which we know because he rides a motorcycle to the sound of rock music.

Emerging from a lengthy prison stint, Gordon Gekko finds himself on the outside of a world he once dominated. Looking to repair his damaged relationship with his daughter, Gekko forms an alliance with her fiancé Jacob (Shia LaBeouf), and Jacob begins to see him as a father figure. But Jacob learns the hard way that Gekko - still a master manipulator and player - is after something very different from redemption.

It's been a while since Stone made something that did anything for me at all but I refuse to give up hope that somehow this will manage to be better than the trailer.
Tweet Post Submit