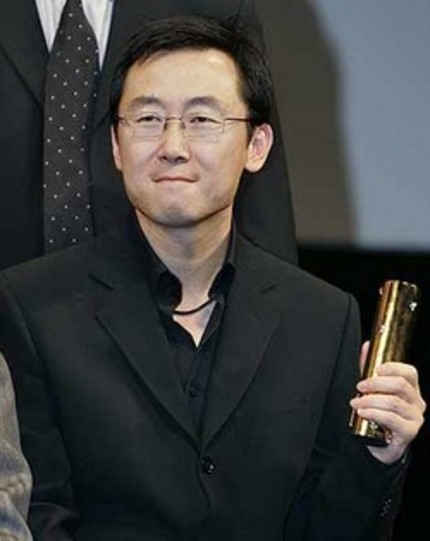 With only three films in the can, and three quite varied and eclectic ones at that (a black comedy, a Tibet-themed quasi-documentary, and a gritty and poignant portrait of the Nanjing Massacre), Lu Chuan has quickly become one of the most important voices in current Mainland Cinema. Right as his latest, masterful 南京! 南京! (City of Life and Death) is still garnering praise around the world, the son of renowned novelist Lu Tianming has already announced his next project, and we're dealing with an interesting concept, not to mention his first venture into bonafide historical drama.

Starlight International and China Film are in fact set to produce 鸿门宴 (The Hongmen Banquet) - title is just a direct translation - which will tell the story of one of Chinese history' most famous nights, when general Xiang Yu and future Han Dynasty founder Liu Bang met on a fateful night, filled with intrigue, resentment and the same strategy games which made this period so fascinating. So Lu goes once again against the current, by focusing on a specific event and what will likely be a character-intensive thriller, instead of focusing on much broader themes, and throwing huge battle scenes in the pot like many a recent Chinese historical epic. In today's press conference, Lu said that although casting hasn't started yet, he would like to work again with Jiang Wen - who headlined 寻枪 (The Missing Gun) - and cast him as Liu Bang, but also Qin Lan (who played Mrs. Tang in City of Life and Death) as his partner. He also mentioned Chen Kun and Liu Ye, but of course nothing is set in stone yet.

The most interesting tidbit is that Lu said he will focus more on history, seen through a modern - or post-modern, I suppose - perspective, a most welcome approach to the theme - John Woo promised a return to the text's historical roots before 赤壁 (Red Cliff) and look at what happened, but I'd trust Lu to deliver on that promise a lot more. The film's script is being written as we speak, so we'll soon hear more developments on its cast - shooting will start next summer for a late 2010 release. Lu Chuan directing an intrigue-filled Three Kingdoms flick? Sold.