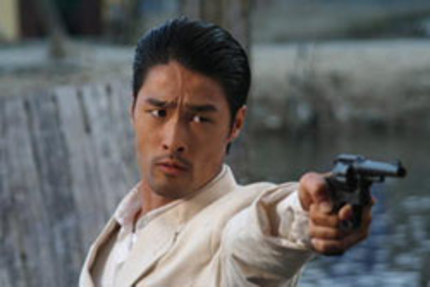 If for no other reason, The Rebel should be applauded for how tightly the fight scenes are integrated into the story. Superbly choreographed and executed, the eye-defying twists, turns, kicks, and punches are delivered with brutal force and deadly intent. The characters are literally fighting for their lives, and we can almost believe that they are reenactments of true events.

On second thought, belief would have to be stretched beyond credulity to think that any of the fight scenes could really have happened. But within the universe that has been created for the film, the action sequences feel authentic. Sure, the performers are glamorized and the choreography comes across very much as an extended showcase for them, but what a showcase!

What enables the film to transcend the appearance of a show reel? Clearly this was a passion project for everyone involved, but rather than be satisfied with churning out a modern action spectacle featuring Vietnamese talent, director Charlie Nguyen and his filmmaking partners decided to cast a spotlight on a lesser-known era in Vietnam's history. So even though the film falls victim to most of the cliches associated with "war-torn action adventures," the setting helps distinguish it, as does the filmmakers' determination not to pull any punches with the vision they had for the project.

The Rebel screened at the Asian Film Festival of Dallas (AFFD) to a good-sized crowd. Unfortunately, the film print that we saw was a bit worn, and the introductory titles, which reveal the setting and time period, were difficult to read. Even though the film has been covered extensively at ScreenAnarchy, I had avoided looking at the material again in advance of the screening, to ensure a fresh approach. All that to say: I had little idea what time period the film was set!

Even though I was wrong in thinking the film was taking place in the 1950s -- it's actually the 1920s (!!) -- what's important is that the film captured my attention from the outset. The French colonization of the country bred resentment of their rule, leading to rebels attacking their exploiters.

On the side of the exploiters is Cuong (Johnny Nguyen). We see him murder a boy, a bloody act that he instantly regrets, and it becomes quickly apparent that he is tired of all the bloodshed and (quite rightly) feels tremendous guilt for what he has done. He seizes an opportunity to help the rebel Thuy (Ngo Thanh Van) escape; Thuy's father is the leader of the rebel movement, and Cuong resolves to reject his past and join the rebels. But becoming a rebel is not so easy when his boss Sy (Dustin Nguyen) wants to use him to locate Thuy's father.

In many ways, The Rebel follows the familiar path of a genre picture, but it differs markedly in tone. It feels as though a dark cloud of anger and bitterness is hanging over the country, a feeling that is reinforced with every shot of a Vietnamese face or a French colonialist. Even as the action scenes kick out the jams, that unhappy, grieving pall remains present, underlining the gravity of the proceedings, along with the knowledge that several more decades of unhappiness would follow.

Todd first wrote about the film early last year -- you can find his review under "Related Links" below -- and if you've missed its festival screenings, it will be released by Dragon Dynasty on Region 1 DVD on September 30.

More about Rebel, The