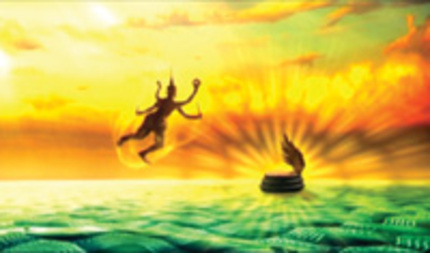 Really who wouldn’t like to title their program ‘Short Films Project in Commemoration of the Celebration on the Auspicious Occasion of His Majesty the King's 80th Birthday Anniversary’? But when the word count is your enemy when it comes to program space calling it ‘Thai Spotlight’ simply saves a lot more room on the page. ‘Thai Spotlight’ is the collection of short films made by Thai filmmakers to commemorate the 80th birthday of their king. It provides a very diverse range of short films with equally diverse approaches to filmmaking, from the very polished and significantly budgeted to the very rudimentary and lo-fi. Some films proved to be a delight to watch, others proved to be challenging. But that is all very subjective isn’t it? Here are some of my highlights.

When it comes to Thai film there are three directors that we talk about a lot here at Twitch; Pen-Ek Ratanaruang [Last Life In The Universe, Invisible Waves and Ploy], Apichatpong Weerasethakul [Syndromes and a Century] and Wisit Sasanatieng [Tears of the Black Tiger, Citizen Dog and The Unseeable]. So when all three directors submit a film you pay attention.

Wisit Sasanatieng’s NORASINGHAVATAR is textbook Wisit. Taking a story from Thai legends it tells a tale of a demon that is granted immortality and proceeds to create chaos among the gods. Using titlecards to establish the narrative Wisit proceeds with pantomime to play out the action. To a Westerner it may not make a whole lot of sense but it dazzles with color and action.

Pen-Ek Ratanaruang’s LUMINOUS SOUND is another gem. In his film he interview’s a blind pianist. They talk about love and music and interject their interview with musical numbers from his film’s subject. Look for the nod to Ray Charles.

Apichatpong Weerasethakul’s METEORITES is the more challenging of the three to watch and that is only because Apichatpong shot his film on a digital camera by hand. But looking past the jittery camera and sometimes shaky images on the screen Apichatpong does what he does best and that is provide a space for contemplation and reflection. By simply focusing on daily life in Thailand it comes across as almost serene. A challenge for the unfamiliar, a joy for the initiated.

Other standouts from the program include THE MOST BEAUTIFUL MAN IN THE WORLD, a very soft and humorous look at rural family life, THE SANCTUARY OF SEA, a pleasant mix of animation and live action which sees a young girl is inspired to overcome obstacles, and SILENCIO, a very quiet film about a young man who would rather listen to the sounds of land and sea than of the people around him. And a special shout out to 9th Gift the puppet fairy tale. It’s got a two-headed dragon and a puppy!

We're only a couple days away! Make sure you have your tickets!