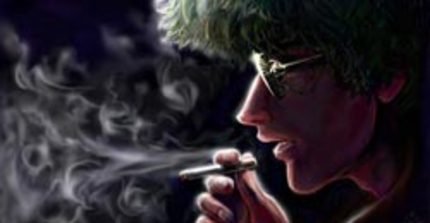 Big news for animation fans here in Toronto! We announced a little while back that Studio 4C's Genius Party anthology films would both be coming to Toronto as part of the Worldwide Short Film Festival in June. When the festival made that announcement we knew that one of the Genius Party directors would be accompanying the films but we didn't actually know who until today. Coming to present Genius Party as well as participate in an extended on-stage interview and question and answer session hosted by yours truly is Shinichiro Watanabe, director of the landmark anime series Cowboy Bebop, Samurai Champloo and a pair of the shorts included in The Animatrix.

The Genius Party films screen back to back at the Varsity Cinema on June 12th starting at 7:15 pm with tickets now available online. The on stage one-on-one with Watanabe - a session titled Anime In Translation will take place at the University of Toronto Emmanuel College Room EM 108 on June 13th from 1:00 pm - 2:30 pm. Yes, that's a lot of time with the director and I'm drafting up my questions and approach now so if there are any questions you'd like to see put to him, now is the time to let me know. Fire away in the comments section below!