Review: HOW TO TRAIN YOUR DRAGON: THE HIDDEN WORLD, A Satisfying Conclusion 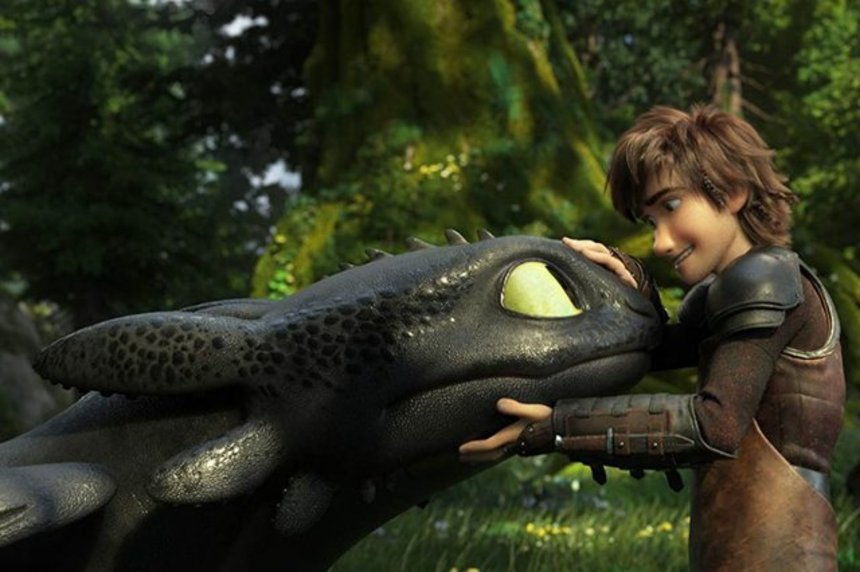 One of the more endearing and imaginative animated series of recent years, How to Train Your Dragon has reached its finale (as far we can guess in today's film world of constant reboots), and audiences should be satisfied not only with the conclusion, but the fun (if somewhat predicable) route it takes. Suffice to say, everyone is safe and healthy, though there are growing pains and necessary departures that are bittersweet.

Hiccup (Jay Baruchal) is now Chief of Berk, which has become a haven for refugees dragons trying to escape the tyranny of thieves and blunderers. The problem is, Berk is running out of room and resources. Hiccup is trying to find the Hidden World, a possibly mythical place of the edge of the Earth, the original home of the dragons, where they can all live safe and free. Hiccup is also dealing with his growing romance with Astrid (America Ferrera), pressure for them to marry, and the general youthful competition between his friends.

Meanwhile, the Warlords recruit Grimmel (F. Murray Abraham), a cruel killer who drugs his dragons into submission, to find Toothless, the last Night Fury and the only one who can control other dragons, in oder to regain control of the dragon horde Grimmel uses a previously unseen Light Fury to lure Toothless with her feminine wiles. So Hiccup decides the whole community must find a new place to live, with the dragons, even if it means being hidden.

The series has, at its heart, been about the bromance between Hiccup and Toothless; and like all such relationships, adulthood means things have to change. Both face increasingly responsibility as leaders of their respective communities, and also, love and potential family takes precendence over flying through the clouds for a bit of fun. This is presented in a way for the series' main young audience to understand, without being too juvenile (well, most of the time; both Ruffnut and Snotlout have side stories that are mostly annoying filler).

Have no fear, though, as great moments of comedy, adventure, and beauty abound, along with its usual dose of serious drama at just the right moments. Toothless' mating 'dance' is hilarious for both adults and kids; a briefly captured Ruffnut (series MVP Kristen Wiig) is the insane bane of Grimmel's existence; there is terrific action as the Berkians fight for their beloved dragons and their own safe harbour; and the Hidden World is even more spectacular than the trailer lets on. I can imagine the animators had quite a time creating it.

It is really in its stunning visuals and imaginative world-building that this last installment excels; the story, still with its feet planted firmly in heteronormative stereotypes (despite the presence of "strong women characters", who I admittedly like a lot), follows expected beats, to almost the point where you might check your watch hoping for a bit more action. But this is a kids' film, and the kids in the audience with me love Hiccup and Toothless' adventures (though like me, they seemed to get bored at the more 'chatty' scenes.)

Wrapping up the story in a nice and entertaining bow, with nods to the essential maturity that must come with age and responsibility, and surely not a sad ending, How To Train Your Dragon: The Hidden World should satisfy fans of the series with its engaging action, off-kilter humour, and the endearing love between Hiccup and Toothless.