Review: MANDAO OF THE DEAD (2018), short, sweet, and surprisingly laid-back

Some filmmakers believe that, in order to make a fantasy or science-fiction picture, you need a gigantic budget, fancy special effects, or big-name actors. Movies like “Mandao of the Dead” are proof that you actually don’t need any of that. As long as you have a solid script, believable actors, and a story that doesn’t demand big set pieces or scenes of destruction and mayhem, you should be all right. After all, genres like science-fiction or fantasy-horror are all about ideas and imagination; you can convey quite a bit without showing it all, making the most out of your budget and sets and locations and stars.

And whaddya know, that is precisely what writer-director-star Scott Dunn has done with “Mandao of the Dead”. Now, don’t get me wrong, the movie can’t be compared to the big-budget fare Hollywood churns out year after year, but considering its limited resources, it’s pretty amazing what Dunn has accomplished, both visually and narratively. And thankfully —despite what its title might suggest—, this isn’t another zombie flick, in the vein of Romero’s “…of the Dead” pictures, or even a satire like Edgar Wright’s “Shaun of the Dead”. Dunn’s movie is more of a paranormal dark comedy, full of unexpectedly funny moments and silly ideas. And although it might feel a little amateurish from time to time, it’s pretty fun; short, sweet, and surprisingly laid-back.

Even though the first few minutes might suggest that slacker Jackson (Sean McBride) is our protagonist, the movie actually follows Jay Mandao (Dunn himself), heir to the Mandao cereal empire. After forcing Jackson (who insists on calling him “Uncle Jay”, despite the fact that he only lived with his mother for a couple of months) out from his house, he starts having nightmares. He dreams with a green light pouring from a partially closed door, and is convinced by his cousin, Andy (Sean Liang) that he is capable of astral projection. He doesn’t believe this —at first—, but admits that something weird is going on. 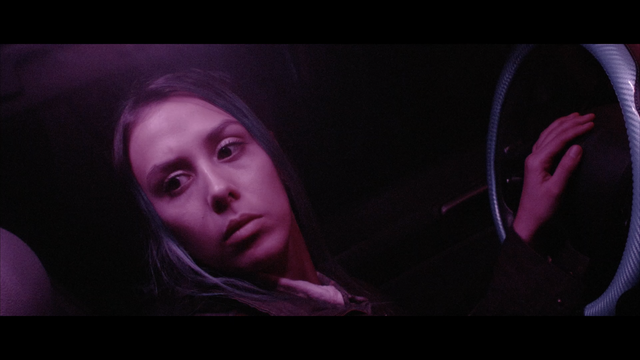 Things keep getting even weirder, though. Jackson returns to Jay’s house after Halloween night, and the latter starts seeing the ghost of Darth (David Gallegos) who, the night before, was seen at Maeve’s (Marisa Hood) house. Maeve is Jackson’s ex-girlfriend, who doesn’t seem to be interested in taking him back… not only because she knows, like everyone else, that he’s a slacker, but also because she believes herself to be vampire. I mean, why not. The problem with this, though, is that she’s addicted to killing people and drinking their blood, and Darth was her latest victim. This is why, using his new-found powers of astral projection, Jay will try to save Darth’s soul… even if he has to keep putting up with Jackson.

Despite involving murders, ghosts and even time travel —in a twist that doesn’t make much sense, by the way—, “Mandao of the Dead”’s tone is surprisingly relaxed. This is a story about everyday, normal people getting involved in supernatural situations, but since nothing particularly destructive or epic happens, the film maintains the same tone as, say, a raunchy comedy or a romantic drama. This makes the proceedings feel a little more plausible; it never feels as if the movie were taking place in a fantasy world, or an alternate dimension. The characters in “Mandao of the Dead” react in a very “matter-of-factly” way to everything that happens to them, which makes the viewer do the same. It’s a very smart way of making the most out of a limited budget.

The performances, although suitably believable, are nothing special. Dunn is a little flat as Jay. He’s overly-energetic during some scenes, and quite boring during others. Even though he’s our protagonist, we never get a good sense of who he is… and not for a lack of trying. They give him a relatively interesting backstory involving his father, Ray (Alexandre Chen) —which is conveyed through a couple of flashbacks, shown during his nightmares—, but it’s not enough to turn him into a three-dimensional character. He gets better during the last few scenes, in which he turns into more of a proactive protagonist, but I wouldn’t go so far as to say he’s memorable. Maybe Dunn should’ve remained as director and writer, and left the role of Jay to a more seasoned thespian. 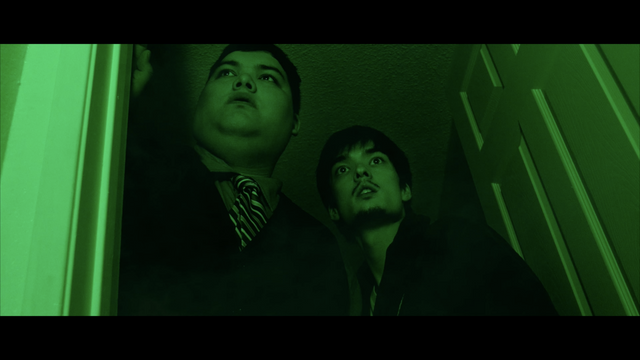 As Jackson, Sean McBride is a little annoying… which I’m sure was the intention. In any case, he doesn’t overplay the character; Jackson could have easily turned into a walking cartoon, the kind of bum who enjoys doing nothing and living out of everybody else’s charity. Thankfully, that isn’t the case. Plus, he does grow quite a bit by the end of the movie, which doesn’t feel forced. David Gallegos manages to give life to an underwritten character; Gina Gomez’ is dryly hilarious as Fer, Jackson’s Uber driver, and Marisa Hood is only OK as Maeve. Considering she’s supposed to be a vampire —or someone who believes herself to be a vampire, at least—, she could’ve had more fun with the role. She isn’t villainous enough, or entertaining enough, or even crazy enough. She’s just… there, which makes many of the scenes she shares with the rest of the cast fall a little flat.

AJ Young’s cinematography is quite impressive, making the most out of the film’s few locations. The nightmare/astral projection scenes are suitably creepy, full of bright colours —greens, reds, purples— as well as deep shadows and slightly disorienting effects. And the rest of “Mandao of the Dead” conveys the mundane, laid-back tone of the story in a very effective manner. Holland Thomas’ music does a good job at transmitting either suspense or relaxation —depending on the scene—, but it does get old pretty fast. The same tunes are repeated over and over, which makes some scenes feel redundant. A more tonally varied soundtrack would help “Mandao of the Dead”  to feel more energetic, and even more professional.

“Mandao of the Dead” is a surprising indie picture; a fantasy movie that doesn’t make use of many of the tropes one usually relates to the genre. It doesn’t feel cheap —although it probably was—, the cinematography is on point, the performances vary from solid to only OK, and the story, while pretty looney, is grounded in reality, which helps writer-director Scott Dunn avoid the usage of unnecessary visual effects or other trickery. At only 70 minutes, “Mandao of the Dead” is a brief but fun experience, the kind of straightforward flick that can be enjoyed by all kinds of viewers. It might not compare to bigger Hollywood fare, but considering everything Dunn has accomplished with so little, it doesn’t really need to.