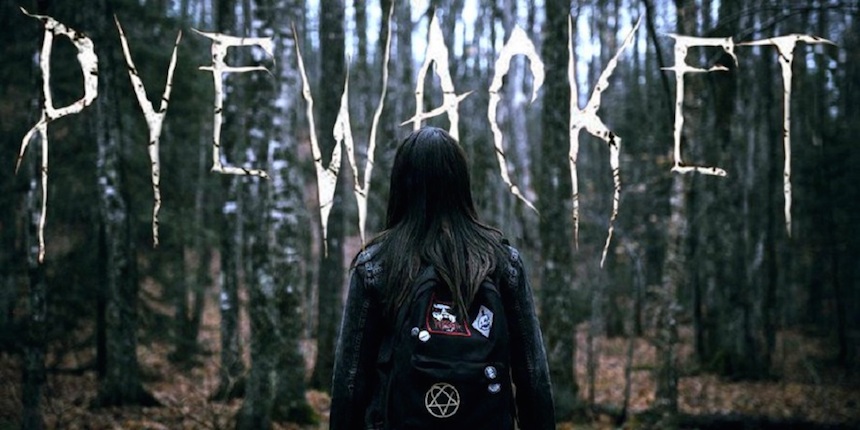 IFC Midnight and Scream Factory are releasing a ridiculous amount of films this summer, and one of them is Pyewacket, actor/director Adam MacDonald's second feature after Backcountry.

Mom/Mrs. Reyes (Laurie Holden, The Mist, The Walking Dead) and teenage Leah (Nicole Muñoz, Once Upon A Time) are struggling in the aftermath of the death of the husband/father of the family. Mom decides she's had enough of drinking too much red wine and crying in bed, and decides to sell the house and leave behind all those memories, much to the chagrin of Leah, who is understandably upset.

But she's so upset that she conjures a demon (the laughably named Pyewacket) to kill her mom. Anything that happens thereafter is Leah's fault, so I can't really feel too bad for the character. It does take awhile for anything to really happen, which may irk a lot of viewers. However, once the action begins, there are some seriously unsettling moments that make all the waiting worth it.

The acting from Holden and Muñoz as distraught mother and daughter is terrific, and the dialogue is realistic.

As far as bonus features go, there's just the trailer and behind-the-scenes featurette, but that's cool to watch as they set a stunt woman on fire. It was also surprising to learn that they had to set her aflame three separate times for one scene.

To pre-order Pyewacket (out in North America on August 7), check out Scream Factory's page here. Is this slow-burn chiller up your alley? Watch the trailer below.