Don’t tell the U.S. President, but if this edition of the NYAFF is any indication, his nation is probably running a massive trade deficit with Asia when it comes to film noir, China in particular. Here’s a quick look at the riches to be had.

The amount and overall pervasiveness of rain in The Looming Storm passes from the sublime to the ridiculous… and back to the sublime again, imbuing the film with the central stylistic and mythic calling cards of the genre. The same could be said of star Duan Yihong’s extreme-sports version of chain-smoking. These two elements, even if presented along with show tunes and pratfalls, would probably qualify The Looming Star as an archetypal noir. And that’s forgetting its unconventional detective, its doomed romance, its industrial drear-scapes, its gloriously dismal poetry. Highly recommended. 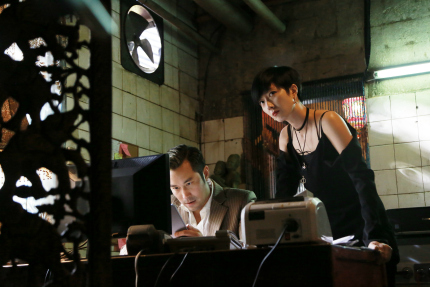 The Big Call, in contrast, arguably doesn’t count as noir at all, so much does it emphasize its clean-cut hero and its well-done but unexpected and nearly out-of-place action sequences. Yet if director Oxide Pang had instead focused the soul of the film on what is already its most compelling figure, the “bad girl” played wonderfully by Gwei Lun Mei, it would be easy to see that this isn’t really a police thriller at heart. After all, the script reserves all the character complexity and pathos for her. Next time out, then, please eliminate the bland cop-centric bits, and double down on the bad guys and the intriguingly seedy world they inhabit. You already have a quintessentially noir title, Mr. Pang—honor it. 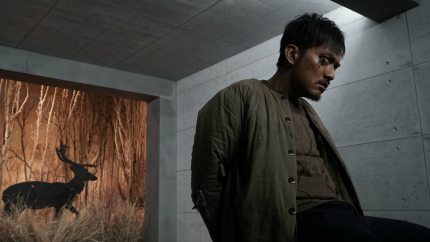 Wrath of Silence is noir in the corruption-in-a-small-town mode, full of antiheroes, attitude, sudden violence, and mounting dread. In fact, the explosiveness of the violence may temporarily cloud the heart of the matter, which is that aforementioned dread—the scenes of brutality come and go, but it’s the sense of hopelessness that’s so gut-wrenching. Set in a mining community, and prominently featuring a desolate landscape, there are of course strong elements of a classic Western here, including the overall feel of lawlessness. But rather than allowing these to clash with the noir aspects Wrath of Silence shows why so many Westerns, especially those from the 1950s, have a fatalistic noir sensibility, which explains the frequent generic crossing-over of many of the auteurs of the period. In short, Anthony Mann would have been proud.

Beyond bleak and effortlessly overflowing with style, Neomanila is neo-noir at its finest. It also happens to offer a perfect example of noir blatantly taking a social-commentary approach, and makes a good companion piece to something like Manila Death Squad. Some audiences may have an issue with the extremes that Neomanila  goes to, but it convincingly makes the case that anything else would dilute the darkness of the world it portrays with sentimentality. Terrific, pitch-perfect performances and great camerawork are just bonuses here. I’ve never been to the Philippines but I mourn for it now, and that’s the power of world cinema.

Do you feel this content is inappropriate or infringes upon your rights? Click here to report it, or see our DMCA policy.
Duan YihongGwei Lun MeiManila Death SquadNeomanilaOxide PangThe Big CallThe Looming StormWrath of Silence