Cannes 2015 Wrap: All Our Reviews And Top Picks

The Cannes 2015 film festival is all wrapped up and while we'll have a few more reviews trickling in, here is a list of everything we've seen and written up so far. See below for our thoughts on the top (and bottom) picks of the festival that was.


Ben Croll, and Shelagh Rowan-Legg contributed to this story. 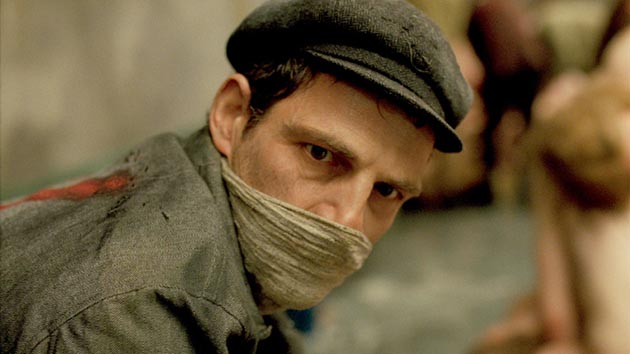 What was your top pick of the fest?

Jason - If we take Mad Max out of the equation, and give proper shout outs to the likes of Green Room and Sicario, it'd be hard not to see Cannes 2015 as anything other than the year of Son of Saul. It's one of those beautiful and rare goosebump-making films you see at a fest, and was a thrill to feel like you were discovering something unique and special in a sea of other films.

Shelagh - My favourite film was Songs My Brothers Taught Me, directed by Chloé Zhao, which featured in the Director's Fortnight programme. A beautiful and heartbreaking portrait of life of a family on a Native reservation in South Dakota and filled with incredible naturalistic performances, this film captures the beauty of the land and the hardships of growing up, and being Native, in America.

Ben - Out of however many countless films watched, the one that stays with me in a profound way is Ciro Guerra’s Embrace of the Serpent. I just can’t stop thinking about this black and white trip-out, a heady mindfuck that marries differing schools of philosophy with wide-screen vistas that are never short of stunning.

Ryland - This festival was packed with an especially high number of top quality films. As I've previously remarked, I saw at least three films I predict will be on my year end Top 10 (as opposed to only one film making that list from Cannes in my previous two trips). That said, I think the Cannes film-going experience I will remember most when I think back on 2015 is the premiere of the action-packed Sicario, one of the tensest films I've ever seen and a true cinematic masterpiece. 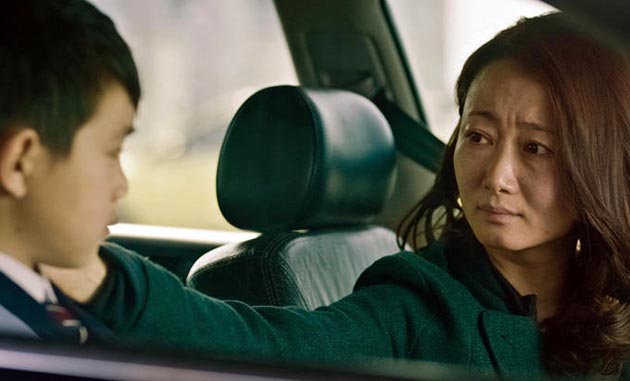 2. Who gave the festival's best performance?

Ryland - While the film left a bit to be desired, Zhao Tao's performance in husband Jia Zhang-ke's Mountains May Depart carried the film over its multiple decade and made it a joy to be watched (well, for the most part).

Ben - Son of Saul’s Géza Röhrig. Shouldering the film’s incredible technical challenges would alone be something, as it had to have been a physically punishing shoot. But then to anchor the screen in near permanent close-up, at all points welling-up a torrent of vulnerability and emotion with his eyes, and doing it all as a first-time actor? WOW. Wow.

Shelagh - My favourite performance is a tie between Rooney Mara in Carol, and Charlize Theron in Mad Max: Fury Road. While Cate Blanchett is getting the praise, it was truly Mara's performance that was the centrepiece of the film, and a much harder role to play, but she was luminous. Theron was also mesmerizing in her best performance since Monster, putting most male action film stars in the dust.

Jason - I so rarely break down performances at fest films, but I'll give a shout out to Michael Caine in Youth. It's been a long time since he's been this good in a lead, and best of all he seemed to enjoy the hell out of doing the part. 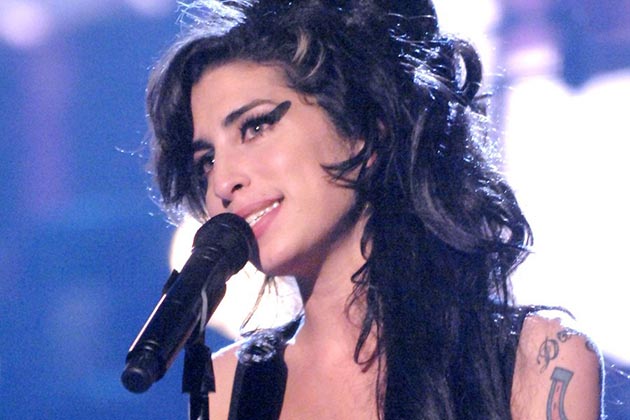 What was your favorite documentary?

Ben - Amy, which plays out a bit like a Michael Haneke directed Behind The Music. Sure, fame killed her, it says, but we’re the ones who made her famous. And that includes watching paparazzi footage of her, even these five years later, knowing where the effects led.

Jason - Saw far fewer than normal this year thanks to a brutal schedule, to the defacto win goes to Amy - I didn't adore it as my as dear Ryland, but it's still very much well worth your time. 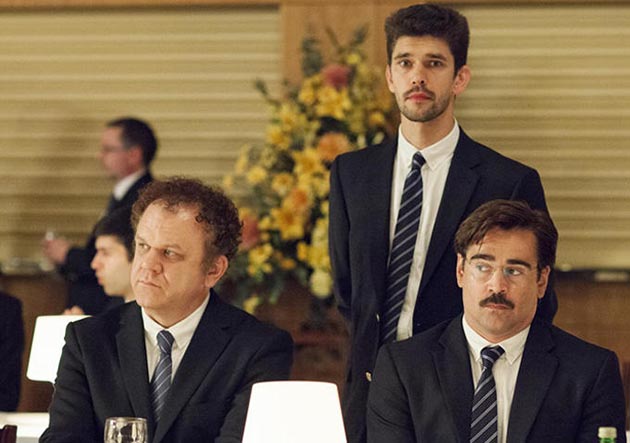 What was your biggest disappointment of the fest?

Jason - The Lobster. It's not because I went in with undue expectations, it's because mid-way through the film I thought I was getting a masterpiece. And then it shat the bed. I had even less invested in Tale of Tales, but that at least proved its worth minutes into its running time.

Ryland - I hate to say it because the movie wasn't bad at all, but my expectations were so high for Joachim Tier's English-language debut Louder Than Bombs that the fact it didn't totally land for me has to be my biggest disappointment. It is still an expertly crafted film and well worth seeing but just didn't move me the way I was moved during both Trier's previous films Reprise and Oslo, August 31st.

Ben - I went in thinking Mountains May Depart might be a Palme d’Or slam-dunk, and while it wasn’t bad, per se, it felt like Jia Zhang-ke took the ideal version and ran it through Google Translate six or seven times. The ideas and structure and bursts of inspiration are there, but they never end up connecting to each other, or particularly well-expressed.

Shelagh - The biggest disappointment was the documentary Beyond My Grandfather Allende. While it purported to be a behind-the-scenes look at the man behind the myth that is Salvador Allende, it was little more than an amateur look at a family that would hold little interest for anyone outside of that family. 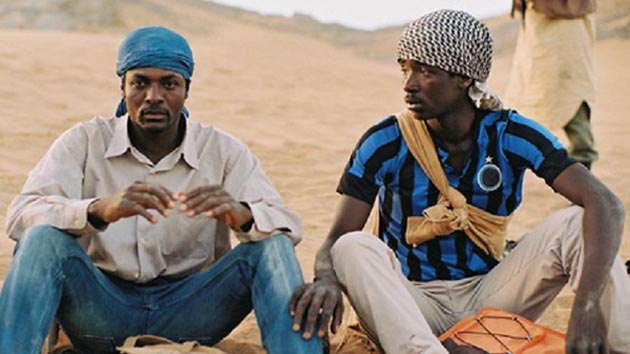 Was there a little movie that didn't get enough attention you'd like to shine a light on?

Ben - Jonas Carpignano’s Mediterranea shares a good deal in common with Dheepan. Both films focus on foreign refugees who end up in Europe without any knowledge of the languages or cultures and try to make a go of it. While Audiard won the Palme, the young Carpignano turns the playing of a Rihanna ringtone into shattering cinema, and that’s going to stand the test of time as well!

Shelagh - I wish that I had had time to write a review of Songs My Brothers Taught Me, but I will if/when it is released. The fact that a film directed by a woman about Native life managed to find financing is a miracle in and of itself; that the film is also incredible makes it unique in US film today, and it should get wider attention.

Jason - Sleeping Giants really is quite terrific, and the few international journos I pointed to it did give a shot and seemed to like it as much as I. It's hard to see a film like that in the context of the big, brash stuff that usually has to cut through festival noise, but as a standalone piece I think it's something worth seeking out. 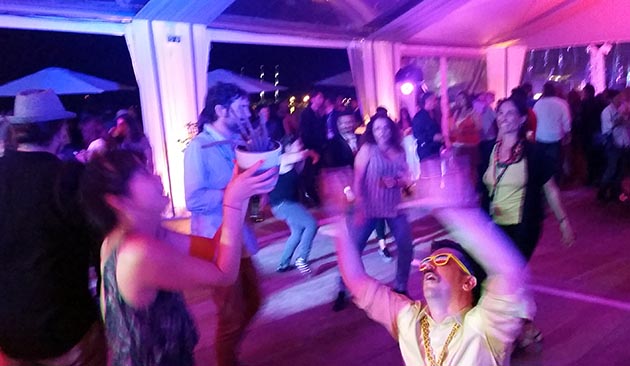 What was your favorite non-film moment of the fest?

Ryland - I'm giving this one to the Panama party! (The country, not the movie). It's not the biggest. It's not the best funded. There aren't a bunch of celebrities there either. But somehow, again this year it ended up being the most fun. Olé!

Shelagh - As always, the best non-film event was the karaoke party. I even dared to sing Streisand!

Ben - No matter how transporting the film, or how depressingly it ends, you walk out of every screening at are hit in the face by a sea breeze and the light off the crystal blue Mediterranean. It. Never. Gets. Old.

Jason - I was invited to speak with Roger Deakins atop one of the hotels. We had a lovely chat, and then I joined him for a wine reception before a small audience in the Bunuel theatre (that included the Coens, Jake Gyllenhaal, Denis Villeneuve and Agnieszka Holland) fetted the master. Then, dinner on the beach with a small group. It was a nice mix of the glamour and the glitz, but mostly to nerd out about shooting on Alexas with open gate and his views on 3D and HFR.

That and I was told that (the angelically lovely-in-person) Charlize Theron thought I asked "a fucking great question" at the presser. Girl has taste, what can I say...