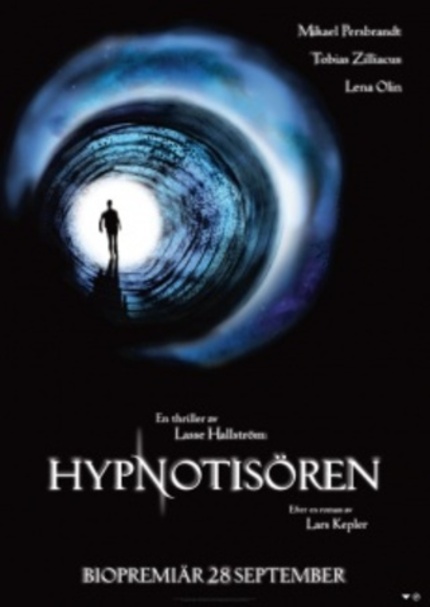 Having conquered Hollywood with arty dramas such as What's Eating Gilbert Grape, The Cider House Rules and Chocolat, Lasse Hallstrom's return to his native Sweden has been one of that country's most anticipated films of the year by far. But for his first Swedish language effort since 1983, Hall strom is striking some new ground. He's going dark.

In the middle of a dark December night, psychiatrist Erik Maria Bark is woken by a telephone call from a hospital in Stockholm. Detective Inspector Joona Linna asks for his immediate help in treating an unconscious patient suffering from acute trauma.

He hopes that Erik will be able to communicate with the young boy through hypnosis, enabling the police to question him. They hope to find out who so brutally murdered his parents and younger sister, in order to track down and save his older sister before it is too late.

But it has been ten years since Erik last practised hypnosis, and he has promised never to do it again. Painful memories from that time make their presence felt, contributing to his decision not to help the police.

When Erik finally allows himself to be persuaded, it is as if the floodgates have been opened to a torrent of unforeseen happenings. Without warning this violent and inexplicable course of events impacts with full force on Erik's life. His son disappears, and to have a chance of saving his life, Erik has to confront himself with the past, with the times when his research-work was laid in ruins and his marriage seemed on the verge of collapsing.

Based on the popular novel by Lars Kepler, Hallstrom's The Hypnotist is poised to become the next in the current run of high end Scandinavian thrillers. The first trailer has just arrived leading up to it's September theatrical release. Check it below.

More about The Hypnotist