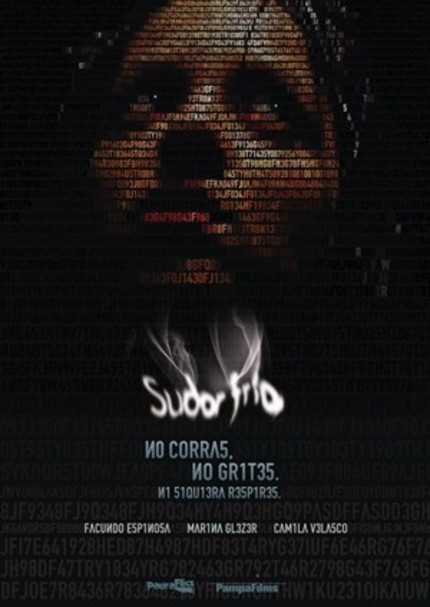 As a boy, I was told: "Men sweat; ladies perspire." Be that as it may, once you get a look at a pretty young woman clad only in her underwear, stretched out and squirming on a table in a very hot, windowless room in a house of horrors, well, you'll forget about semantics.

Cold Sweat, directed by Adrian Garcia Bogliano, had its international premiere in March as part of the SXFantastic program at SXSW, and now has been picked up by MPI Media Group for distribution in the U.S. (via Shock Til You Drop). The company is planning a theatrical release for this year, followed by DVD and VOD availability.

The film follows a young man in search of his missing girlfriend. He ends up in a house where two old men are conducting experiments and young, nubile women are coated in nitro-glycerine. As ScreenAnarchy's Todd Brown wrote in his review: "It's an insane, ridiculous concept, if we're being honest and yet Bogliano keeps it engaging because - after a somewhat wobbly beginning - he keeps it fun. ... Cold Sweat is one of those movies that succeeds simply because it delivers on its promises. And there ain't nothing wrong with that."

I concur wholeheartedly. This fall, U.S. residents should apply plenty of deodorant and head to a movie theater to see a crazy little horror thriller from Argentina.