There's Something In The Desert And These Soldiers Are STRANDED ... 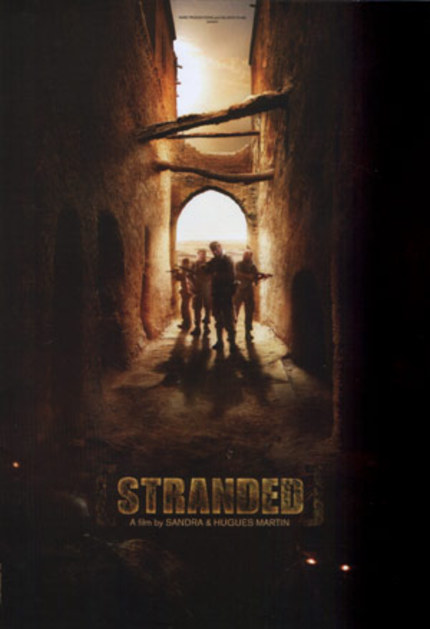 Here's one for fans of military themed horror - the Sandra and Hugues Martin directed Stranded.

Soon to be released as Djinns in its native France, the film features an ensemble cast of soldiers - including District B13 star Cyril Raffaelli - on a mission to retrieve a mysterious briefcase from a downed airplane in the Algerian desert who discover the hard way that humans aren't the only things living there ... here's the official synopsis:

The North African Desert of the Sahara - 1960. Soldiers are sent on a rescue mission in the desert.  Trapped in a sand storm, isolated from their commander, they run into Algerian rebels.  As they seek shelter in an uncharted village another, invisible, threat comes out from the desert -- the Djinns.  As their ranks are decimated, they'll face the longest night of their lives.