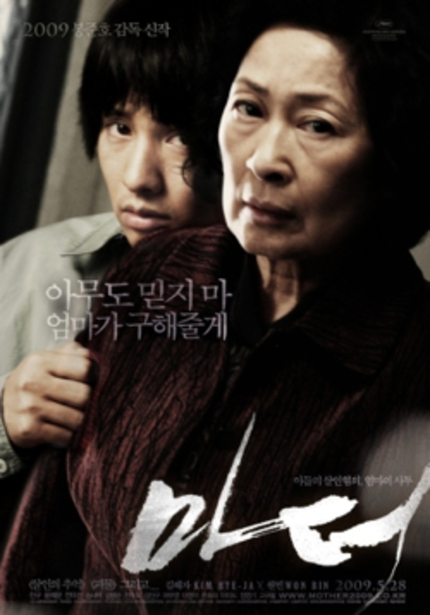 The masterfully-composed frames of Joon-ho Bong's latest always succeeds in drawing the eye - but just as often this unconventional thriller fails at drawing in the viewer's emotions. Centering on a mother's attempts to protect her mentally challenged son after he's accused of murder, superlative acting and direction can't redeem what feels like an underwritten story.

Hye-ja Kim plays the title role, an herbalist and unlicensed acupuncturist who finds herself up against a lazy, uninterested police force and a generally unsympathetic community after a teenage girl is murdered. Her son, Do-joon (Bin Won) becomes the prime suspect after being seen following the victim and leaving a piece of evidence with his name on it near the scene.

The story is in many ways the other side of Bong's brilliant Memories of Murder which showed rural police ineptitude attempting to right itself in the face of a series of heinous crimes. Here, it's the most powerless citizen attempting to right judicial ineptitude in order to save a victim who can't fully speak for himself. Do-joon's is a functional handicap, but he has lapses in memory, making it easy for the police to convince him to sign a confession.

Sadly, Bong's vision feels a bit unrefined and unfocused here. Where the previous film was able to glide expertly between farce and wrenching drama, here it feels like the tone bounces back and forth. It's hard to connect with Mother and son when the scenes tilt so frequently between scenes.

More problematic still, Do-joon never really rises above being characterized as a buffoon, making him an unsympathetic victim. He's cruel to his mother, ingratiating to his thug friend Jin-tae (Goo Jin), and all hands with any available female. Pop star Bin Won gamely does his best in the role, but his handsomeness is actually a distraction, transforming the character from someone with mental issues to one who's just unpleasant.

If there is one area the film succeeds it's in the performance by Hye-ja Kim as the title character. She's the linchpin that holds the film together, selling the treacly bits and conveying the absolute love of a mother for her son. Her performance deserves a better script, quite honestly.

The genius of Joon-ho Bong's previous work has been its means of manipulating moods and tone while expertly conveying character in a generally magnificent visual style. Unfortunately, Mother only delivers on the style and not so much the substance.
Tweet Post Submit