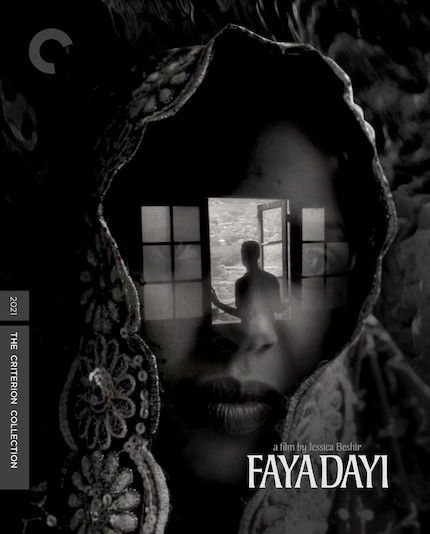 With apologies to our friends in the Southern Hemisphere, the last thing I want to be doing in August is sweltering through another summer heatwave. The Criterion Collection to the rescue!

Their August 2022 lineup is epic in its weirdness, leading off with Daddy Longlegs, by directors Josh and Benny Safdie, featuring Ronald Bronstein as a father struggling to care for his kids for a couple weeks, then continuing with Frownland, directed by the aforementioned Bronstein, described as "a nightmare transmission from the grungiest depths of the New York indie underground," which I couldn't even sit through when I tried to watch it at SXSW -- but that's me and my mainstream tastes -- and then swinging back to the present in Faya Dayi, a "hynotic documentary" by Mexican Ethiopian filmmaker Jessica Beshir about "the world of Ethiopia's Oromo community."

All three films are received the respect they deserve and merit further investigation. As if that's not enough -- and it never is with Criterion, those scoundrels -- please consider Hotel du Nord, "Marcel Carné's bittersweet rhapsody of romance, betrayal, revelry, and violence." So you gotta want that, am I right?

Finally, arriving from my favorite film decade, Sidney Poitier's directorial debut Buck and the Preacher will appeal to everyone, teaming Poitier with his good friend Harry Belafonte in a Western that combines a "boisterous buddy comedy with blistering, Black Power-era political fury."

Visit the official Criterion site to read more about each release and place your orders.