Ivan Zulueta's Arrebato is one of those cult films that has remained elusive, even to many dedicated cinephiles. Its lack of proper release outside of Spain, its fluidic tone and tropes that make it somewhat hard to categorize, and that whispering, the whispering voice that is like a creeping fly buzzing around your ears, makes for a film that crawls under the skin in the best and worst ways. There's been a nice revival in late 70s/early 80s alternative and underground Spanish cinema lately, and it's nice to see the folks at Altered Innocence have taken up the Arrebato cause, bringing us a restoration and other goodies for a DVD & Blu-ray release.

Film director José (Eusebio Poncela) is in post production on his latest horror film, but his lack of interest couldn't be clearer. He finds himself with a dangerous heroin addiction and a girlfriend Ana (Cecilia Roth) who won't leave when he tells her to. He gets a mysterious package from an old acquaitance, Pedro (Will More), a strange boy who makes even stranger Super-8 films, which he sends, along with a cassette recording and a key. What begins as a reminiscence for José, becomes a reminder of his journey into drugs, madness, and paranoia.

The story is like a rope pulling you towards its bottomloss pool of madness; at first slowly with a few tugs. We see José's drug-addicted state, his and Ana's precarious existence, and he recollections of is happier and more stable days: first meeting Pedro, who seemed to be a fairly innocent yet oddball aspiring filmmaker, looking for inspiration. Suddenly, the trio find themselves spiralling into a dangerous co-dependency; with sex, drugs, and film, and Pedro's whispering lurking as the constant low threat. Pedro himself is both fearful and feared, his camera becoming an extension of his fractured mind.

Zulueta makes us think, at first, that this will be an ordinary story of recollection, like we're watching someone else's home movie. But then, it seems we're watching a home movie about us, one that we don't recall making. Is Pedro a vampire? Instead of sucking blood, does he use his camera to suck the life out of people? The tick of the interval timer becomes the heartbeat, the pumping lungs of air, the throbbing of sexual desire as José and Ana fall victim to Pedro's increasingly erratic and controlling behaviour.

The camera remains deceptively tight and controlled even as their lives spin into an impossible abyss. These are people you might meeting in passing and dismiss, until you realize their obsessions could be your own, and to any cinephile, that lure of the image can be intoxicating to the point of addiction and then madness. There's a reason the title is 'rapture': anything, be it something we consume, or watch, or engage with, can become enrapturing, but what is the damage? What is worth losing ourselves to? 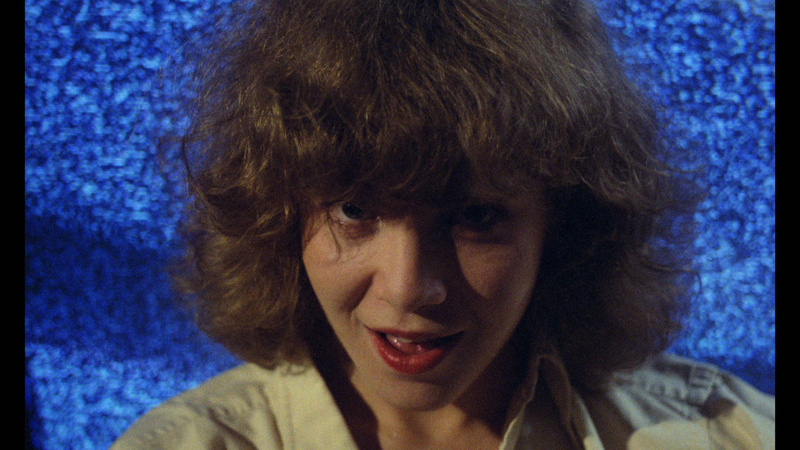 The 4K Restoration is beautiful to behold. Given that this is a film about film, made in 1979, that grainy quality of a print is essential. The restoration gives us that warmth and depth, along with the (for me, at least) very much missed sound of the film running through a projector. You can feel the tactility as Pedro runs his hands over his developed film, as José holds it up to the light to try to interepret frame by frame. The reds, blues, and greens are pronouned, colours of the rapture to which the characters are consumed. And that whisper that itches at the ears, that worms into the ear and brain, until that, and the timer, become the only sounds you can hear.

One of only two feature films by Zulueta, he was a fixture on the film scene as an art and poster designer (he worked with Pedro Almodóvar). HIs work in experimental and underground is not widely known outside Spain. Andrés Duque's Goya-nominated 2003 documentary Ivan Z  is included, and proves almost as fascinating as the film. There is interested and amusing footage of Ivan in his home in San Sebastián. A lot of the time, he's in his bathrobe, showing his wonderful and eclectic art collection (along with the occasional interjection of his delightful mother). Not only do we have this very intimate portrait, it also gives us both his informal insights into cinema (his love of Buñuel's The Exterminating Angel, he belief that there's 'nothing better than a lateral tracking shot), but it also includes clips of his experimental work and collages, and he details (from what he admits he can't always remember) about the filming of Arrebato. He also speaks frankly about his struggles with heroin addiction, and the hell he went through in detox.

Also included are a commentary track with Mike White from The Projection Booth (always a pleasure and education to hear him speak on any film), the theatrical trailer, reversible art, and english subtitles. If you are a fan of underground cinema, cult cinema, this release of Arrebato is worthy of addition to your collection.

The disc is now available for pre-order from Vinegar Syndrome, via the link below. 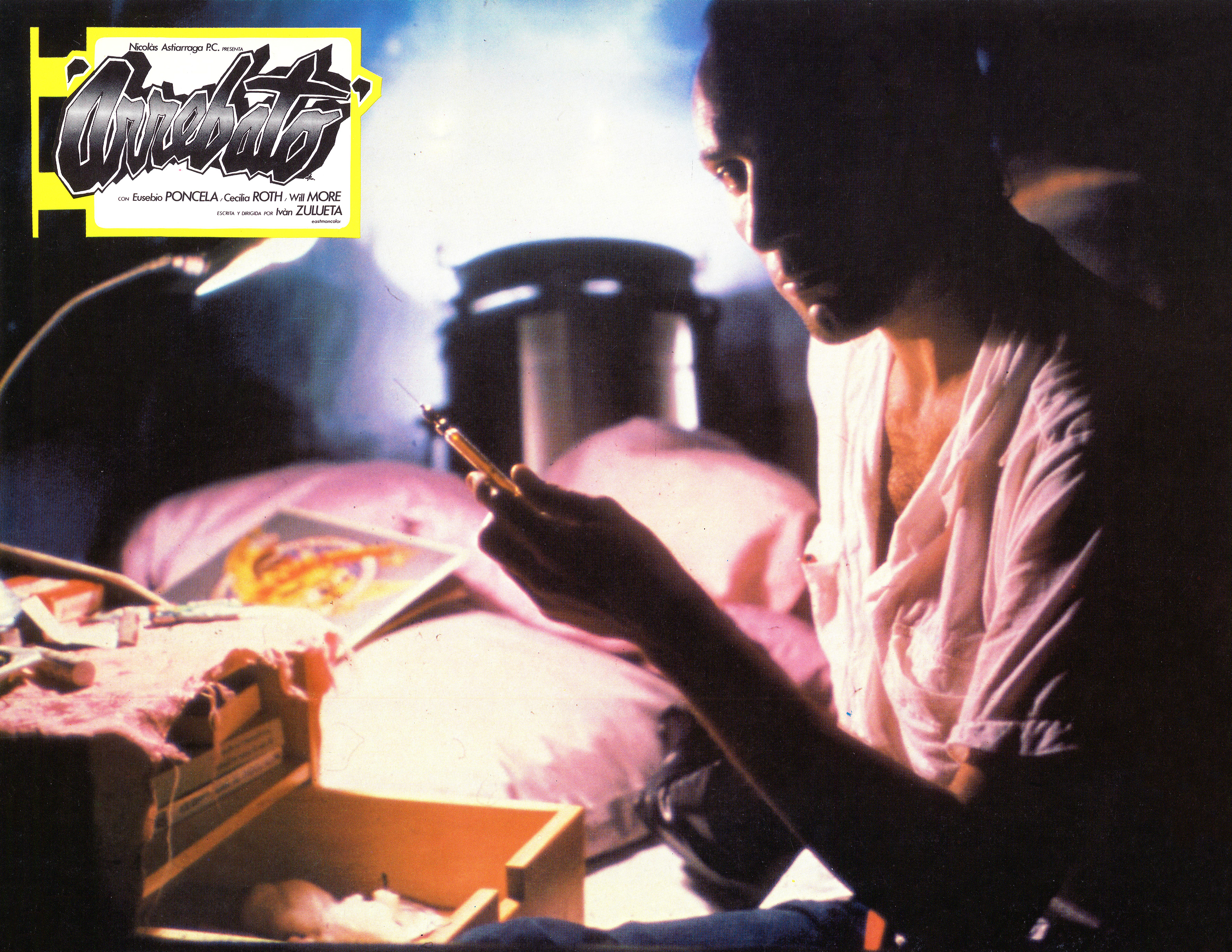 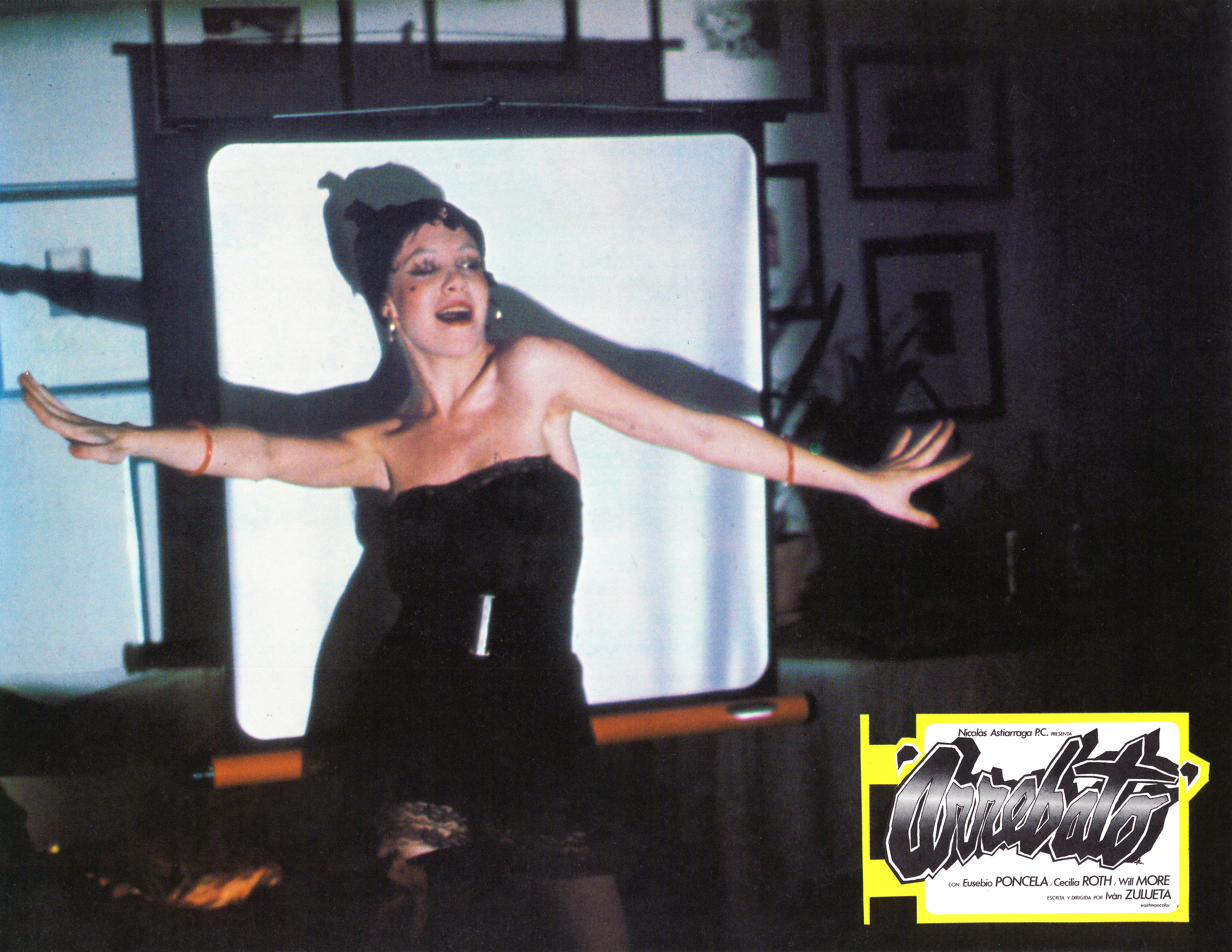 Do you feel this content is inappropriate or infringes upon your rights? Click here to report it, or see our DMCA policy.
Iván ZuluetaEusebio PoncelaCecilia RothWill MoreDramaFantasyHorror